FRAMINGHAM – Police were called to Eames Street at 4 a.m. on Saturday, January 15 for an assault.

One person suffered a leg injury and was transported to UMass Memorial Medical Center in Worcester, said Lt. Mickens.

Police have no suspects at this time, said Lt,. Mickens.

The incident is under investigation, she added.

No suspects at this time.  It is under investigation. 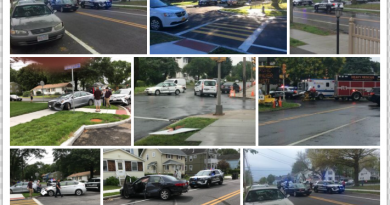