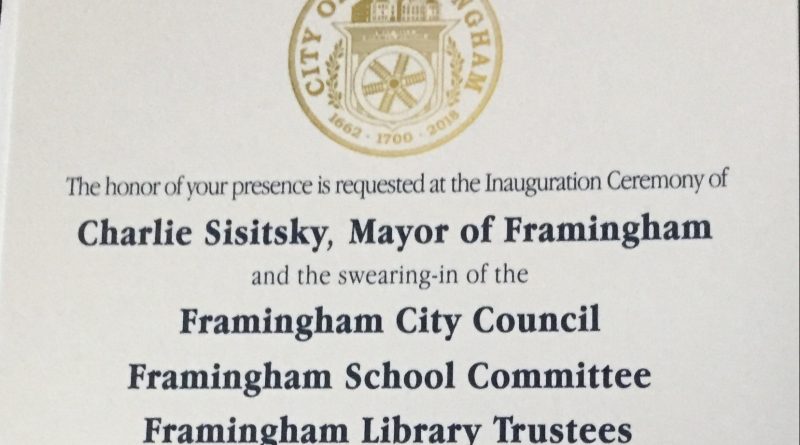 FRAMINGHAM – On Saturday, January 1, the City of Framingham will hold an inauguration ceremony at noon inside Nevins Hall in the Memorial Building.

Attendance is limited to those who will be sworn in, including Mayor-elect Charlie Sisitsky, and invited guests.

The public is asked to watch the inauguration in 2022 online in the “comfort of their homes,” due to the continuation of the coronavirus pandemic.

There has been a surge of COVID-19 cases in the City of Framingham since Thanksgiving, and another surge is expected in January post Christmas.

The ceremony will be broadcast “Live” on the City of Framingham Municipal Offices Facebook Page: http://www.facebook.com/CityofFramingham and streamed on the Framingham Government Channel: http://www.framinghamtv.com.

Besides Mayor-elect Sisitsky, the City’s second-ever Mayor, also to be sworn in will be 8 City Councilors, 9 School Committee members, 6 Library Trustees, and 2 Cemetery Trustees.

Not all who are scheduled to be sworn in plan to attend in person. Some have chosen due to work commitments or personal issues, not to attend the ceremony on January 1. They will be sworn in by City Clerk Lisa Ferguson at a later date.

State Rep. Maria Robinson, who endorsed Sisitsky for Mayor during the campaign, will be the emcee for the inauguration.

The City Council is scheduled to meet immediately following the inauguration ceremony in the Blummer community room. On the agenda is the re-organization of the 11-member Council.

There is a possibility this could be delayed as the District 3 City Council race has yet to be decided. The special election is January 11.

Mayor Yvonne Spicer, the city’s first-ever Mayor is expected to be in attendance for the inauguration, along with the city’s out-going Chief Operating Officer Thatcher Kezer III. There is a rumored second guest for the Mayor, her former executive assistant Jennique Horrigan, but that has not been confirmed.

The ceremony is expected to last about 60 minutes and will be recorded for those who could not watch it live.

Alexander is the first Caribbean elected to the Framingham City Council.

This is Cannon’s third time he has been elected to the City Council. He has been the only District 4 Councilor since Framingham became a City.

This is Maskell, Hugo, and Freudberg’s third time elected as a City of Framingham School Committee member.

Malchman is also a current Library Trustee. The other four being sworn in are new members.

Petroni is the first open LGBTQ+ woman elected in the City of Framingham.

Editor’s Note: In full transparency, Petroni is the daughter of SOURCE publisher/editor.

Two new cemetery trustees will be sworn in. They are Nick Paganella and Julie Ferrari.

Paganella at 88 may be the oldest elected leader City or Town-wide. There may have been Town Meeting members elected older, but they were elected by Precinct not across the entire community. 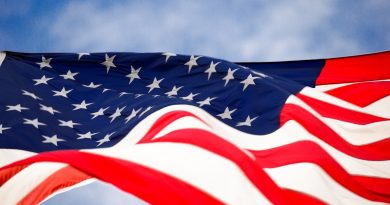 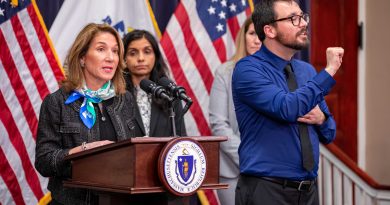 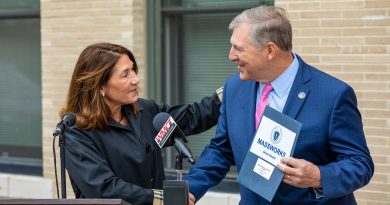