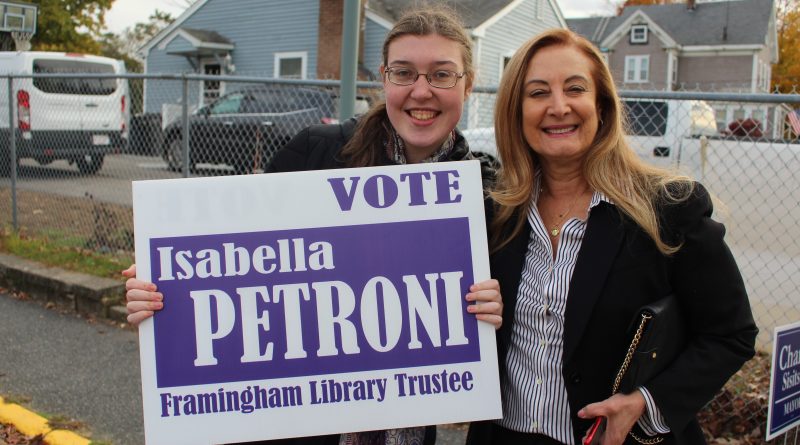 FRAMINGHAM – There will be four new Framingham Public Library Trustees out of the 12-member Board come January 1.

Re-elected for a 4 year term was Board chair Ruth Winett and Board secretary Steven Malchman.

Not elected on Tuesday was Board Vice Chair Heather Klish.

Klish was appointed to the Board by a joint vote of the Trustees and the Framingham City Council when Liz Fideler left the Board.

Winett topped the ticket with 6,525 votes.

Petroni is the youngest individual elected by the City of Framingham voters at age 20. She authored the legislation to create the Framingham Youth Council at age 17.

“Just came back from voting. It’s crazy that my first in-person voting at the polls is also the one where I can vote for myself on the ballot. Don’t know many people my age who can say that,” wrote Petroni on social media.

Petroni may also be the youngest ever Framingham Library Trustee.

Editor’s note: In full transparency, Petroni is the daughter of the SOURCE editor/publisher. For that reason, the digital news outlet did not cover the library trustee race except for allowing all 8 candidates on the ballot to submit campaign announcements. Four of the 8 candidates did submit an announcement. All four of those candidates were elected on Tuesday.

Finishing fourth with 4,752 votes was Heather Woods, who had sought to be appointed to the Library Trustees when former chair Elizabeth Roy resigned.

A joint meeting of the City Council and the Library Board of Trustees in January 2021 appointed Millie Gonzales, who chose not to seek re-election.

Finishing fifth was Leslie White-Harvey, who also tried to be appointed to the Board when Roy resigned, but did not receive enough votes. She received 4,646 votes.

This was White-Harvey’s third time on a City of Framingham ballot. She lost School Committee elections in District 8 in 2017 and 2019.

Petroni and White-Harvey actively campaigned for their seats during election season with lawn signs.

Most of the eight individuals for the 6 seats did little or no campaigning for the contested race.

Petroni and White-Harvey were also at the polling places campaigning on election day. The later with Rep. Jack Patrick Lewis who endorsed White-Harvey for the Trustee seat.

All six Library Trustees were elected for a 4-year term.

They will be sworn in at the City of Framingham inauguration on January 1, 2022.

The powers and duties of the Framingham Board of Library Trustees shall include the following:
i. To make all reasonable rules and regulations for the operation of the municipality’s libraries and for conducting the business of the board of library trustees as may be considered necessary or desirable;
ii. To advise and make recommendation to the mayor for an annual operating budget for the library department. The library trustees shall advise the mayor on all matters concerning the library department, equipment and, buildings and grounds;
iii. To recommend to the mayor for appointment a candidate for library director; and,
iv. To accept donations and manage funds in its trust 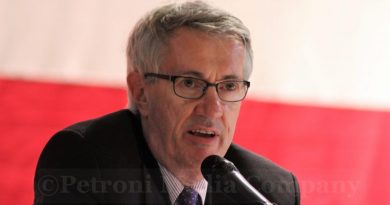 King Not Seeking Re-Election in 2021 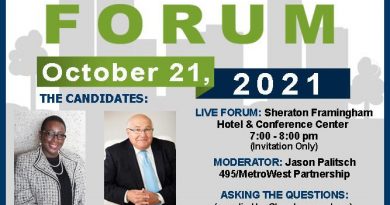 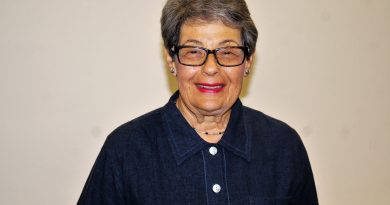