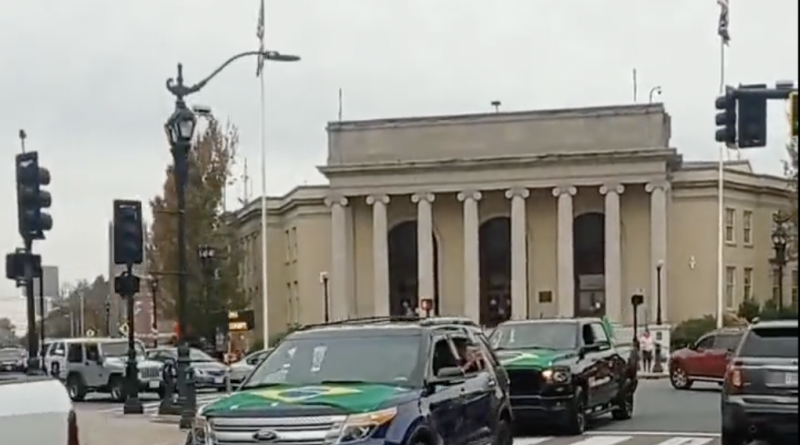 FRAMINGHAM – Besides the roadblock on Route 135 due to the train derailment, motorists also encountered more than 150 motorcycles & vehicles in a motorcade rally for a presidential candidate in Brazil on Framingham roads today, October 23.

Next Sunday, October 30, Brazilians, including those who live in Massachusetts, will vote to elect a new President.

As no candidate received a majority of 51% in the October 4 election, there is a runoff election between current President Jair Bolsonaro and former President President Luiz Inácio “Lula” da Silva. Silva received the most votes but only had 48.4%

Election day is Sunday, October 30. All Brazilians, by law, are required to vote, even if they are not in Brazil.

There is a polling location at St. Tarcisius parish hall in Framingham on Sunday, October 30.

Today, October 23, there was a rally at AMC Theatre parking lot and a motorcade through Framingham streets to support the current President Bolsonaro,

Organizers said it was the largest rally & motorcade in support of the current Brazilian President in America.

There was an afterparty at 135 Grill on Route 135 after the rally & motorcade. Many of the vehicles travelled down residential neighborhoods, due to the shut down of Route 135 due to the train derailment earlier this morning, to get to the afterparty. 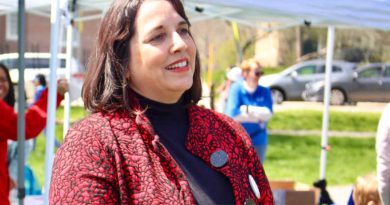 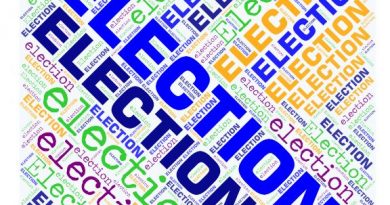 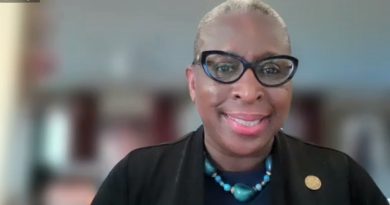