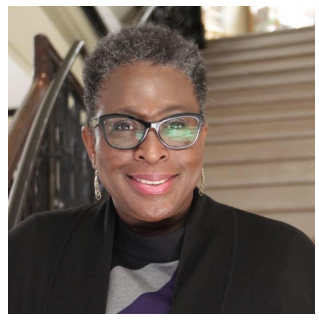 On May 24, Mayor Spicer nominated Dr, Monifa Charles of North Carolina to be the City of Framingham’s new health director.

The 11-member City Council voted last night 4-7 not to hire Charles to become the City’s health director starting Monday, June 21 at a starting salary of $123,000 a year. As the vote was coming in the 4th year of the Mayor’s 4-year term, the nominee needed 8 votes to start.

“This is quite disappointing,” said Mayor Spicer in a phone interview with SOURCE this afternoon. “given the fact that this woman had tremendous skill sets” and “certainly came highly recommended” with an “unanimous vote from the board of health.”

Mayor described the Council’s vote as “quite short-sighted” and “quite detrimental.”

Charles would replace Dr. Sam Wong who stepped down from his position in December 2020.

Mayor Spicer she she was “very happy to see Dr. Wong has rebounded” and “retained his health.” Wong recently accepted a position with the Commonwealth of Massachusetts Department of Public Health. She is happy he will continue in a “professional manner” in a position “that he loves.”

There were 11 applicants for the position of City of Framingham Health Director, said the Mayor.

Of the 11 applicants, Mayor Spicer told SOURCE only three of them met the minimum qualifications for the “leadership position.”

“Eight were not qualified for the position,” said Mayor Spicer.

Asked if Dr. Wong’s departure and the COVID-19 pandemic impacted the number of applicants.

Mayor said Dr. Wong is highly-regarded in this state “and that may have had an influence on the fact that we had very few applicants.”

“This puts Framingham in an unfortunate light,” said Mayor Spicer.

Interim Health Director DePalo has been leading the department since the start of 2021.

Under the charter, she can only serve a maximum of 180 days in the temporary role. That 180th day is fast approaching.

SOURCE asked the Mayor what next after the Council’s Tuesday night vote.

“Next step is to process this,” she said.

“The next step is to look at the health of department. Because as you know and you have reported, you have seen them running a mile a minute” during this pandemic. The mayor said the department can not continue at that same level going forward, and do it without a person at the helm ,makes it very challenging.”

Councilors said last night that while Charles was highly-educated and an expert in health policy and research, they did not feel she was a good fit for the City of Framingham.

The City Council also unanimously approved Blake Lukis as DPW Director in summer of 2020 and Michael Dutcher as Fire Chief in 2020.

Earlier today, the City’s attorney issued a ruling that it did not violate the Open Meeting law for all three health board members to meet behind closed doors and never post a meeting. The news outlet plans to appeal that decision to the State.

All three members of the 3-member Board of Health spoke last night and gave their support to Charles as the City’s next health director to the City Council.

Board of Health member Housman said she has served on three search committees for Framingham Health Director, and Charles was one of the best applicants she has ever seen. 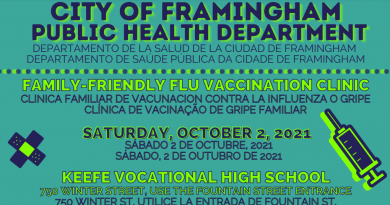