WASHINGTON DC – Senator Edward J. Markey (D-Mass.) joined Senator Patty Murray (D-WA), Chair of the Senate Committee on Health, Education, Labor, and Pensions (HELP), as she led 28 of their colleagues in calling on the Department of Health and Human Services (HHS) to take immediate action to safeguard women’s privacy and their ability to safely and confidentially get the health care they need.

Specifically, the Senators urged the Biden Administration to strengthen federal privacy protections under the Health Information Portability and Accountability Act (HIPAA) to broadly restrict providers from sharing patients’ reproductive health information without their explicit consent—particularly with law enforcement or in legal proceedings over accessing abortion care. The push from the Senators comes as legislators and prosecutors across the country have sought to enforce Republicans’ abortion bans by investigating women and doctors for seeking and providing abortion care.

“Our nation faces a crisis in access to reproductive health services, and some states have already begun to investigate and punish women seeking abortion care. It is critical that HHS take all available action to fully protect women’s privacy and their ability to safely and confidentially seek medical care,” wrote the Senators.

In their letter to Secretary Xavier Becerra, the Senators urge HHS to take immediate action to strengthen federal privacy protections under HIPAA, bolster enforcement of the protections, educate providers about their obligations, and ensure patients understand their rights. In June, in the wake of the Dobbs decision, Becerra pledged to work to protect patient and provider privacy.

Since the Dobbs decision, the new patchwork of state abortion bans has caused widespread confusion among health care providers over whether they are required to turn over patients’ health information to state and local law enforcement. This confusion fundamentally threatens women’s health, as patients may delay or avoid seeking the care they need out of fear their sensitive health information could be weaponized against them. In recent weeks, states have investigated and sought to punish patients and providers for seeking and providing abortion care.

Read the text of the letter HERE. 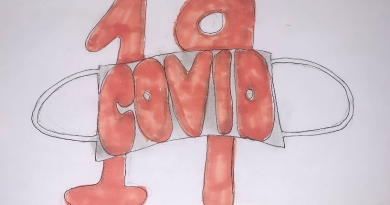