“Attorney Palmucci’s years of experience representing the Commonwealth in several legal roles make him well-suited for this appointment,” said Governor Charlie Baker. “I am pleased to submit his nomination to the Governor’s Council for their advice and consent.”

“Attorney Palmucci possesses a deep knowledge of not just the law, but also the importance of the matters that come before the District Court,” said Lt. Governor Karyn Polito. “If his nomination is confirmed, I am confident that he will serve the judiciary fairly and thoughtfully.”

Attorney Brian Palmucci began his legal career in 2004 working as an assistant district attorney in the Plymouth County District Attorney’s Office. In 2006, Attorney Palmucci joined McGovern and Ganem, P.C., as an attorney specializing in motor vehicle insurance fraud, arson, false injury and property loss. He then served as counsel for the Massachusetts Department of Correction from 2008 to 2010. In November 2010, Attorney Palmucci became a special assistant district attorney in the Norfolk District Attorney’s Office, a position he held until 2018.

In 2011, Attorney Palmucci also established Palmucci Law, P.C., where he still serves as principal attorney. Attorney Palmucci maintains an active presence in his community, having served from 2013 to 2015 on the board of directors for DOVE, Inc., an organization that assists survivors of domestic violence.

Since 2009, Attorney Palmucci has contributed to the preservation of Blue Hills Reservation as a volunteer for Friends of Blue Hills. He has served as a City Councilor for the City of Quincy since 2010, and since 2018 has worked to increase access to affordable housing as a trustee for the Quincy Affordable Housing Fund.

Attorney Brian Palmucci received his bachelor’s degree in 2000 from the University of Massachusetts at Amherst and his juris doctor from the New England School of Law in 2004. 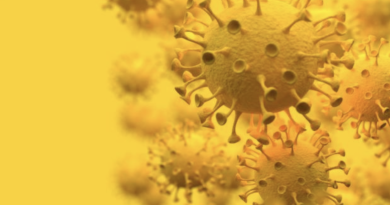 Massachusetts Announces Second Round of $500 Payments to Low-Income Workers