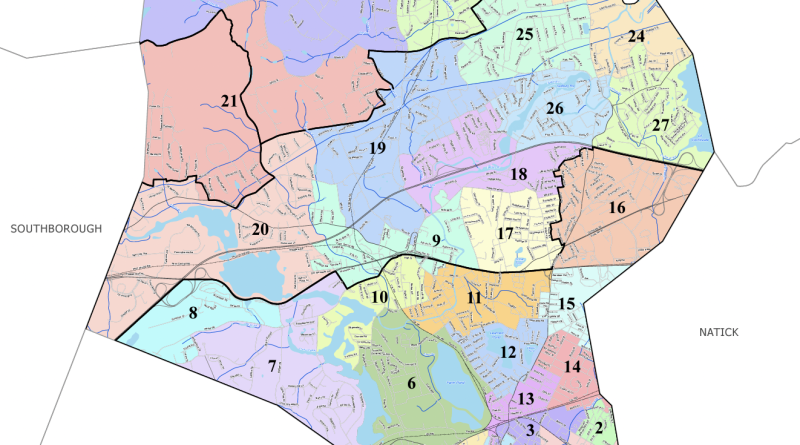 FRAMINGHAM – Voters in Framingham will have a new Precinct number for the September 6 and November 1 election in 2022.

The change was due to the 2020 Census. The City of Framingham increased in population, and due to that the City had to increase its number of Precincts.

This change in Precincts and even some Precincts lines will have an impact on the September 6, 2022, primary election.

The Commonwealth of Massachusetts created new House of Representative and Senate districts due to redistricting, as well in 2021

On September 6, voters in the City of Framingham will vote for a new 6th Middlesex District state representative.

Robinson recently resigned to take a position with the Biden administration.

Rep. Lewis’ 7th Middlesex District is different than the one he currently represents in the City of Framingham.

That means the new 6th Middlesex District is incumbent free.

There are no Republican candidates in the race, so whomever wins on September 6, baring a successful write-in campaign, would win the seat on November 1.

Residents in Precincts 22 & 23 and part of Precinct 21, will now be represented by Rep. Danielle Gregoire, who is the state representative for the 4th Middlesex District. She is a Democrat from Marlborough, who has held that seat since 2013.

She used to represent parts of Westborough and Northborough with most of Marlborough. Now the 4th Middlesex District seat is most of the City of Marlborough and a small portion of Framingham, mainly the Nobscot neighborhood.

Part of Precinct 21, in District 3, is now part of a new Worcester District seat along with Westborough, Northborough, and Southborough.

Saxonville right now is represented by Rep. Carmine Genrile (D-Sudbury), but with the September 6 election they will vote to elect a candidate from the 7th Middlesex District – which is Rep. Jack Patrick Lewis, who is running unopposed.

Not sure what Precinct or District you are in now? 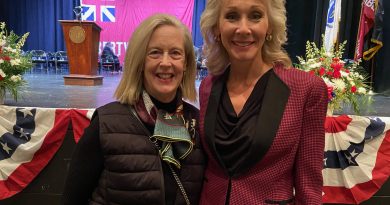 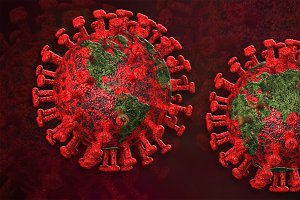 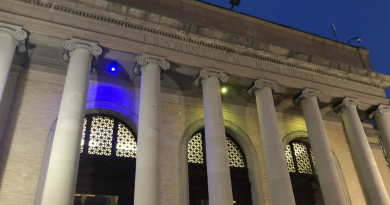 Memorial Building Lit Up in Blue & Yellow in Solidarity For Ukrainians