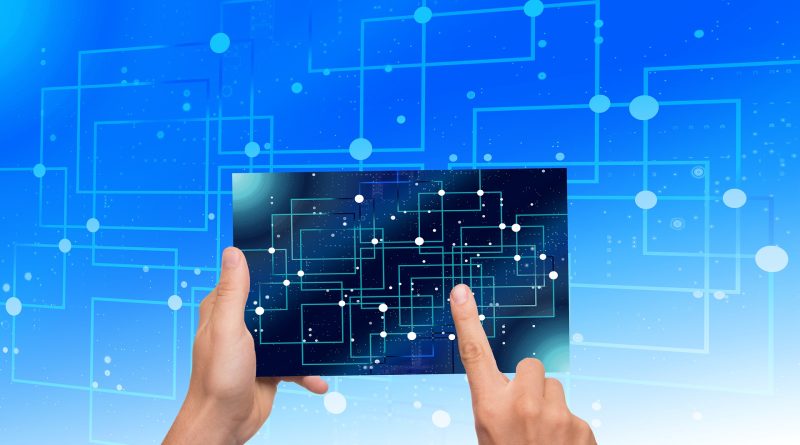 The COVID-19 pandemic has made clear the present need to promote an accessible and just broadband future, with students having spent upwards of two years studying online, entrepreneurs creating new businesses through remote work, and patients receiving the care they need through telemedicine services. In the wake of Congress’ historic investment in broadband deployment, the Net Neutrality and Broadband Justice Act would give the FCC the authority it needs to prohibit discriminatory practice like blocking, throttling and paid prioritization online. It would also provide the FCC with ability to enact effective broadband policies that enhance public safety, increase accessibility, close the digital divide, and protect consumers.

“The Net Neutrality and Broadband Justice Act reflects the undeniable fact that today, broadband is not a luxury. It is essential. That means the potential harms that internet users face without strong net neutrality protections and without the FCC able to exercise its proper authority are more sweeping than ever,” said Senator Markey. “My legislation would reverse the damaging approach adopted by the Trump FCC, which left broadband access unregulated and consumers unprotected. It would give the FCC the tools it needs to protect the free and open internet, creating a just broadband future for everyone in our country. I thank my partners for their support for this critical legislation.”

“For anyone who wants more innovation, more voices and less corporate control of the internet, net neutrality is an absolute no-brainer,” said Senator Wyden. “I wrote the first Senate net neutrality bill to protect the open internet, where bits are bits and no one has to pay extra for digital toll roads just to learn, shop or get health care online. Oregon and other states have stepped up in the wake of the Trump Administration’s damaging actions. Now I’m proud to partner with Senator Markey and Rep. Matsui to restore net neutrality across the country and prevent big cable from gouging consumers and small businesses.”

“The 21st century economy relies on a free and open internet – providing innovators and consumers with access to vital services and information,” said Congresswoman Matsui. “Trump-era deregulation has left the internet landscape without comprehensive consumer protections, allowing discriminatory practices that leave everyday Americans facing the consequences. For the online ecosystem to remain a dynamic engine of innovation, we need clear rules of the road that prevent internet service providers from blocking, slowing and prioritizing web traffic. This bill will give the FCC the power to adapt to the ever-changing marketplace, defend equitable access and promote free expression and innovation online.”

“A free and open internet is vital to our innovation economy. Washington state is home to the fifth highest share of remote workers in the country, as well as the single highest concentration of workers in the tech sector. These jobs hinge on reliable connectivity,” said Senator Cantwell, Chair of the Commerce Committee. “This bill would increase competition, protect consumers and ban broadband providers from arbitrarily slowing down service, ensuring that everyone can access this great equalizer.”

“The pandemic made clear internet access is no longer a luxury, but a necessity—and that consumers don’t just need broadband, they need to be able to hold their providers to account. After all, everyone should be able to go where they want and do what they want online without their broadband provider making choices for them,” said FCC Chairwoman Jessica Rosenworcel.  “I support Net Neutrality because it fosters this openness and accountability. While I trust the FCC has the authority it needs to adopt Net Neutrality rules, legislation that helps ensure it is the law of the land is welcome.”

“I have previously stated that the FCC’s 2015 Net Neutrality rules were the right approach. That approach is undergirded by a voluminous record and overwhelming public support, and it has been tested in court. The Net Neutrality and Broadband Justice Act would codify just that,” said FCC Commissioner Geoffrey Starks. “COVID and the last few years have proven that broadband is essential for the 21st century. This legislation is a necessary step that will provide certainty to consumers and broadband providers, and allow everyone to move forward. It has my strong support.”

“There is a reason that over a million Americans wrote to the FCC under Chairman Pai urging him to not repeal the net neutrality rules. Unfortunately for consumers, he did. Net Neutrality protections, or the lack thereof, directly impact internet users’ day-to-day lives – it threatens their freedom to visit whatever website they want, without being blocked or throttled. This bill will ensure that no future FCC can abdicate authority over broadband, paving the way not just for net neutrality regulations, but also for other consumer protection objectives, including efforts to make sure our networks work during natural disasters. We thank Senators Markey and Wyden, and Rep. Matsui for their work to protect our modern way of life,”said Jenna Leventoff, Senior Policy Counsel, Public Knowledge.

“The Net Neutrality and Broadband Justice Act is the obvious solution to several questions that are easy to answer, at least outside of the cynical world of corporate lobbying. Is equitable internet access essential to modern life? Is it important enough to protect with a strong set of rights? And can we count on giant phone and cable companies to offer it on just and reasonable terms to poor people, communities of color and other underserved constituencies — or do we need a federal agency capable of defending those rights? This bill offers a resounding affirmation of the FCC’s mandate to ensure that the essential telecommunications service of the 21st Century is reliable, resilient, and affordable for everyone,” said Jessica J. González, Co-CEO, Free Press Action.

“The Net Neutrality and Broadband Justice Act is a major opportunity to enshrine into law what has become abundantly clear today: broadband is an essential service. Broadband is critical for work, education, health care, news and information, and access to government services. Broadband has also fundamentally changed what participation in our democracy looks like as it allows anyone, regardless of where they live or what their income level is, to access the tools needed to engage in the civic process. This bill would put an end to any uncertainty on the proper definition of broadband and give the FCC the tools it needs to adopt strong net neutrality rules, oversee our communications networks, and help protect the digital rights everyone expects to have when going online,” said Yosef Getachew, Common Cause Media and Democracy Program Director.

“A federal court ruled the Trump Administration was ‘unhinged from reality’ when it repealed net neutrality in 2017. This legislation would bring us back to reality by restoring the FCC’s authority to oversee AT&T, Comcast, and other internet service providers and to protect consumers from abuses by these companies. It also levels the playing field for small businesses to compete in the online marketplace. Simply put, this bill puts the FCC back in the business of protecting the American people. Congress should pass this bill as soon as possible,” said Joshua Stager, deputy director, Open Technology Institute.

“Classifying broadband as a Title I “information service” under the Communications Act of 1934 not only minimizes the important role broadband plays in enabling efficient communication across the internet, it also limits the ability of the FCC to adopt regulations that ensure a free and open internet for everyone,” said Chad Marlow, senior policy counsel at American Civil Liberties Union. “Adopting the Net Neutrality and Broadband Justice Act is an important step towards ensuring that free speech is as vigorously protected online as it is offline.”

“Access to a fast, reliable, and affordable internet connection is more essential to Americans than ever. We applaud Senators Markey and Wyden for introducing this critical piece of legislation that will call broadband what it is: a telecommunications service properly overseen by the FCC like all telecommunications services are. This common sense bill will help the FCC hold these ISPs accountable from carrying out anti-competitive and anti-consumer practices, and permit them to restore net neutrality rules which is something Consumer Reports has long supported.” said Jonathan Schwantes, senior policy counsel for Consumer Reports.

“The internet is a lifeline for the LGBTQ community, helping us connect, build community, and access critical resources on healthcare, suicide prevention, and so much more. Private companies should not be allowed to regulate what we can and cannot see online, potentially cutting off millions of Americans from the resources they need to live safe, healthy, and informed lives. As the LGBTQ community faces unprecedented attacks and attempts at erasing us from libraries and classrooms, it is more important than ever that the internet remains a source of free information within reach for all. The Senate must act swiftly to pass this important piece of legislation. Everyone should have equal access to the resources and connectivity that the internet provides,” said Sarah Kate Ellis, CEO and President, GLAAD.

“Time and time again, corporations have shown that a self-regulated business inevitably becomes an unregulated one,” said Rashad Robinson, president of Color Of Change. “When internet service providers have free reign over how they provide their service, it allows for the increase in exploitative practices and targeted bias against Black users online. Whether it’s charging Black communities higher fees to access the Internet or manipulating Internet speeds, ISPs will only continue to use a rollback of net neutrality for their financial benefit. It’s past due that Congress reinstates the Federal Communications Commission as the Internet’s regulatory body. An open and affordable Internet is one of the most influential tools in the fight for racial justice and closing equity gaps to access valuable information. The Net Neutrality and Broadband Justice Act of 2022 introduced by Senators Markey, Senator Wyden and Representative Matsui is necessary to protect Black communities from increasing exploitation both on and offline.”

“The COVID-19 pandemic has made it more clear than ever that broadband Internet is a necessity, not a luxury. The FCC is supposed to ensure everyone has affordable access to broadband and prevent telecom companies from abusing their monopoly power or charging unfair fees. But because of the Trump administration’s disastrous repeal of Title II protections, the agency is currently unable to do any of that. This bill would fix that by restoring the FCC’s ability to protect the public. It will give the agency the authority it needs to restore net neutrality and address the digital divide,” said Evan Greer, Director, Fight for the Future. 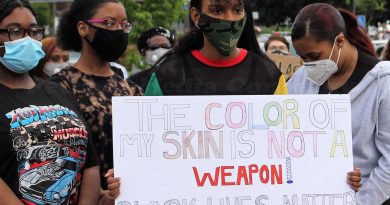