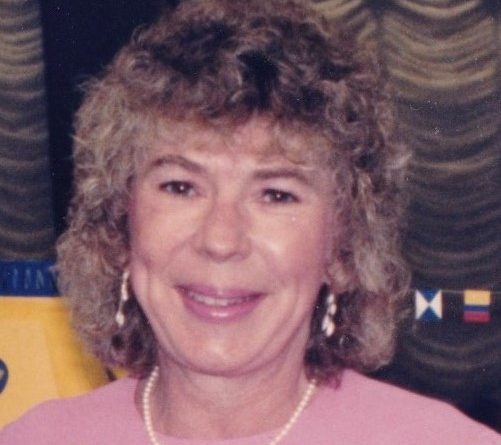 Born in Brighton, she was the daughter of the late William F. & Jeannette R. (Dionne) Keenan, and the loving wife of the late Richard P. Keilty.

June was a devoted parishioner of Saint Anselm’s and Saint George churches.   She graduated from the Saint Columbkille school system in Brighton in the mid 1950’s.  She spoke of growing up in Brighton with warmth, recalling cherished memories as she moved from toddler through adolescence with her beloved sisters, brother Bill, and her dearest lifelong friend Anne Harzbecker always by her side.  The simple recollections of walking down to the local Brigham’s ice cream shop for a coffee cone, holding hands with older sister Gladys, or younger sister Janet.  She would recount with bright eyes the double dating with Richard, sister Shirley and Peter Carr going to the newly invented drive-in theater.

June always put her needs second to the needs, and goals, of her family.  She epitomized the generation of the 1940’s; hard work, self-sacrifice, humility, respect for God, and above all her loved ones.  She adored her husband Richard and stood by his side as his soulmate.  Sister Janet described Richard and June, married for 59 years, as a “true love story”.  Always in the background, was a humble strong woman there to give and give more to her husband and her children, and eventually ten grandchildren and two great grandchildren.  June would prefer to spend time doting over family rather than a fancy trip or world travel.  She was always there when Richard arrived home every night to support him, and always there for her children and grandchildren with a soft stroke of kindness, or a boot in the pants to “get tough out there”.  She attended every graduation, every little league game, and every rock concert that her children sang at.  It was always about her family.

In 1955, June approached her mother Jeannette and father Bill with a request; she needed them to come down to the courthouse and formally provide, under the law of the day, written consent for their “underage” 20-year-old daughter to marry 22-year-old Richard.  They did so gladly.  June and Richard grew up in a different era, with different values, simple morals, and everlasting faith.  Every penny earned and spent was rigorously accounted for in her handwritten bookkeepers’ binder.  A once-a-year dinner outing to Marconi’s restaurant was so seldom, it became an intensely appreciated and remembered jewel.  The annual trek into Boston’s Filenes basement for the entire school years outfits was the discipline June demanded, albeit with her four kids under ten years old all mumbling and grumbling every step of the way.  In later years Richard excelled in business and built a better life for them both.  Although she may have enjoyed things like having her own car, till the day she passed, if a child or grandchild brought her a modest gift, they were mildly, lovingly, reprimanded for spending “so much money”.

Richard became ill in his last few years, and June spent countless days caring for him, and many nights sleeping by his side, on the hardwood floor after a bad fall, or his fatigue.  A child or grandchild would come over the next morning to find the couple nested up together on the cold family room floor, maybe at best with a small blanket she had wrapped around Richard’s shoulders.  She cared for Richard till his passing, and finally had to say goodbye to her home of 52 years a few years later.  June was able to live independently until becoming ill – only for a few short weeks – in the grand scheme of life.  Her children sat with her on a Thursday, as she was aware, alert, and fighting through illness, her last words actually whispering “I love you all”.  She passed on Friday, mercifully quickly, with her last breath as calm as any person could pray for, after a spectacular 85 year journey through a beautiful life.

June is also survived by her siblings, Gladys Callaghan, Janet Salwa, and Elaine Crudup. Besides her beloved husband Richard, June was predeceased by her sister Shirley Carr-Donovan, and her brother, William Keenan.

Family and friends will honor and remember June’s life by celebrating her Funeral Mass on Wednesday morning, December 29th in St. Anselm Church, 100 Landham Rd., Sudbury at 10 o’clock.  Interment will be private.

In lieu of flowers, remembrances may be made in June’s name to: The Alzheimer’s Association, www.alz.org.

Arrangements by the McCarthy, McKinney & Lawler Funeral Home of Framingham. For online tributes or to share a memory with the Keilty Family, kindly visit www.mccarthyfh.com 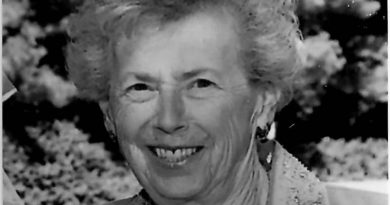 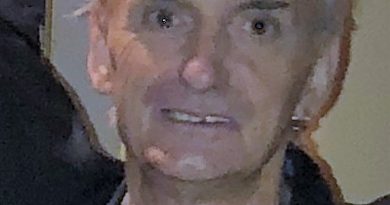