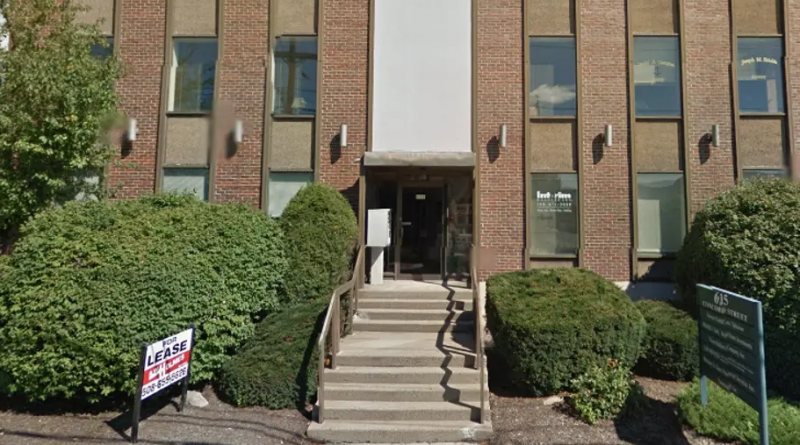 The letter by the City’s Building Commissioner was issued on Wednesday, September 23, one day after the SOURCE reported about the after-hour parties with security, alcohol, and a DJ in the basement of 615 Concord Street, located across the street from the Framingham District Courthouse.

“Due to a departrnental and citizen inquiry, on September 23 ,2020 al the above referenced property. It has been determined that violations of the City of Framingham Zoning Ordinance and Massachusetts State Building Code, as most recently amended, exists on your property,” wrote Tusino to building owner Anthony Gagliardi of Wayland and to Cotton Candy Party Decorations.

“Based on several Framingham Police reports you have illegally changed the use of the lower level of 615 Concord Street to an Assembly Use without obtaining the required permits and approvals from this oflice, which is a violation the Massachusetts State Building Code 780 CMR 105.1. We have also found you to be in violation of the city’s Zoning Ordinance section I.D.6,” wrote Tusino in his letter.

“The last legal use of the lower leveVfloor of this building which was approved for “office and professional use” by this department on December 8, 1976. No other approvals or permits have been issued for this level/floor since then,” wrote Tusino in the September 23 letter. “Therefore, you are hereby ordered to cease and desist the use of this level floor for any assembly type use or functions. Failure to do so shall result in fines and court action.”

During the month of August, Framingham Police responded three times in three weeks to 615 Concord Street for large, loud gatherings. Each time, the officers, observed more than 100 people partying in a “club-like” atmosphere, with red solo cups, a DJ, and few attendees wearing face coverings.

Framingham’s Health Director Sam Wong and Mayor Yvonne Spicer have both said repeatedly large gatherings are contributing to Framingham’s increased COVID cases. In late August, Framingham was named one of the high-risk communities for the coronavirus by the state. Framingham is one of the 6 communities with a high-risk of transmission of the virus that the state is providing assistance to.

SOURCE emailed Mayor Spicer and Health Director Sam Wong on why no action was taken on Wednesday morning and no response was received by the news outlet as of 11 a.m. Thursday.

In the August 22 police report the officer wrote he “observed approximately 250 individuals inside most of which were carrying drinks in varied colored cups. None of the individuals inside the packed basement were wearing masks. I could smell the scent of burnt marijuana and observed multiple individuals utilizing ‘vape’ smoking devices. I also observed a DJ Booth with loud speakers setup in one area of the basement. The basement was setup like that of a nightclub with one room being dimly light with a DJ Booth, party lights, and decorations. The basement also contained a lighted hallway which lead to a lighted room where other individuals were hanging out,”

SOURCE reached out to the City’s Fire Chief Wednesday morning about a fire code violation and if the Fire Department was aware of these parties prior to the news outlet’s report.

“I was not, and to my knowledge, nor was anyone in the Fire Department aware, of the basement of 615 Concord St being rented out for parties,” said Chief Dutcher in an email to SOURCE.

“The main violation would be “change in use” which would fall under the building department.  If the property owner wishes to change use, he would need to submit plans and those would be evaluated by all appropriate departments (including the Fire Dept for proper code & safety measures). The Fire Prevention Division is now aware and is working with the other city departments in documenting occurrences,” wrote Chief Dutcher.

As of September 23, the Fire Department has not issued any warnings or citations to 615 Concord Street.

Framingham Building Inspector Tusino also told SOURCE he was not aware of the parties until the news media outlet’s report on September 22.

SOURCE also reached out to the City’s chair of the Framingham License Commission Adam Barnosky.

“615 Concord Street street does not hold a license issued by the Board of License Commissioners.  From what I can tell, this is a residential zoning district, so absent zoning relief from the city, the owner or a tenant of the property would not be authorized to apply for or hold any license for entertainment or service of food/alcohol issued by the Board of License Commissioners,” said Barnosky to the news media outlet.

“There are clearly state licensing issues, which are traditionally enforced by the ABCC. M.G.L.Chapter 138 is the controlling state statute for sale and service of alcohol in Massachusetts.  Ch. 138, Sec 2 states that “No person shall … keep for sale, store [or] transport .. alcoholic beverages … except as authorized by this chapter..”   Ch. 138, Sec 34 refers to “furnishing” alcohol as knowingly or intentionally supplying, giving, or providing alcohol.  Under Ch. 138 § 41, the delivery of alcoholic beverages in or from any place that is not a private dwelling house is presumed to be a sale. The ABCC carved out certain guidelines that allow licensees (i.e. those who hold alcoholic beverage licenses) to host “private functions” for an identifiable group of people, essentially operating as an open bar. Namely, the open bar must qualify as a private event, restricting access only to invited guests who are not charged a direct or indirect fee and a list of said guests must exist for inspection if necessary. Additionally, a host must be designated, be the sole individual responsible for payment to the licensee and the function must remain private without public advertisement.  That being said, the “open bar” or “host” event is only allowed by a business licensed under Ch. 138. MGLC 138 Section 62 provides that, “a  violation by any person of any provision of this chapter for which a specific penalty is not provided or a violation by a licensee or permitted of any provision of his license or permit or of any regulation made under authority of this chapter shall be punished by a fine of not less than fifty nor more than five hundred dollars or by imprisonment for not less than one month nor more than one year, or both,” added Barnosky, who is an attorney.

SOURCE reached out to the owner of the property at 615 Concord Street but has not been able to reach him.

Click here to read the report on the after-hours parties in the basement of the office building at 615 Concord Street. 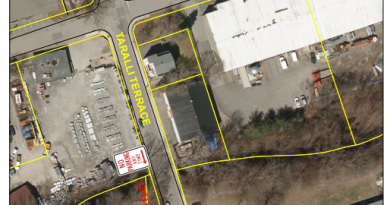