FRAMINGHAM – City of Framingham Mayor Yvonne Spicer was one of six Massachusetts mayors and one of 170 mayors from both political parties urging lawmakers to take legislative action to protect the integrity of the election, which will require significant mail-in voting amid the coronavirus pandemic.

“As mayors from across the nation, we write to underscore the importance of maintaining the integrity of our elections through a robust vote-by-mail system, and we support legislative action to ensure that the United States Postal Service can support that system,” stated the August 22 letter to Washington Dc leaders.

Spicer signed a U.S. Conference of Mayors letter on August 22 sent to the House of Representatives and the U.S. Senate in Washington DC. Other Massachusetts Mayors who signed it were Boston mayor Marty Walsh and mayors from newton, Beverley, Lynn, and New Bedford.

“Being able to vote and have that vote counted are essential to maintaining and preserving our democracy. Voting stands as one of the most important rights and responsibilities of U.S. citizens. The news of recent changes to the U.S. Postal Service’s delivery process, coupled with the Administration’s decision to withhold funding, is alarming and should be of grave concern to us all, particularly with the General Election only months away. While the Postmaster General’s actions to reverse these policies earlier this week were a positive step, we must be vigilant and relentless when it comes to a fair election, especially during these challenging times. The spread of the Coronavirus has already created challenges and uncertainty around our local, state and national electoral processes. We cannot afford further disruption,” stated the letter. 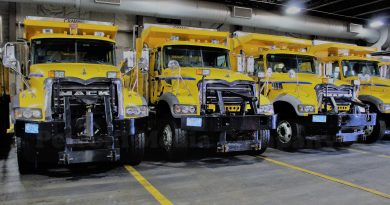