The following is a press release from the City of Framingham

FRAMINGHAM – Mayor Yvonne M. Spicer is thrilled to announce that she has appointed Lena Kilburn, upon the recommendation of the Board of Library Trustees, as the new Director of Framingham Public Libraries.

Kilburn is a library veteran who has worked her way up through most facets of library work and has served as Assistant Director of the Framingham Public Libraries since 2015.

As Assistant Director, she was the liaison between City administration, library staff, and patrons regarding the impact of interdepartmental decisions. Kilburn was responsible for the Marketing, Library of Things, Spark Lab and Social Media Committees, and oversaw staff scheduling, career development and wrote and administered grants.

“There were some excellent candidates who were vying for this position, and Lena was just the best fit,” said Mayor Yvonne M. Spicer. “I knew that we would have big shoes to fill with Library Director Mark Contois’ retirement. Based on the leadership and skills that Lena already demonstrates, I am confident she is the right person to grow Mark’s legacy and make her own indelible mark on the City.”

“At the heart of every community is a strong and vibrant public library, and Framingham is no exception,” said Lena Kilburn, presumptive Director of Framingham Public Libraries. “It’s been a privilege to contribute to Framingham, and I look forward to continuing the great work of the library in the future.”

“Lena appealed to the Board because of her passion, talent, and experience. We are confident that her can-do attitude, relationships in the City, and ability to connect with our community will be assets as she transitions from Assistant Director to Director,” said Elizabeth Roy, Chair, Board of Library Trustees. “We believe she is well-poised to lead the Library into a ‘new normal’ and beyond.”

“I’m excited for Lena and Framingham,” said Mark Contois, current Director of Framingham Public Libraries. “She will do so many great things for the City. I can’t wait to see how Framingham Libraries evolve under her leadership.”

Each finalist gave a ZOOM presentation to Library Staff, who provided feedback to the Board, which also interviewed each finalist. After thoughtful deliberation, the Board unanimously chose Kilburn as the preferred candidate. On a motion to recommend Kilburn as the next Director, the vote was 11-1, with one Trustee preferring a six-month interim period. 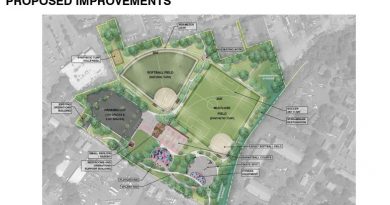 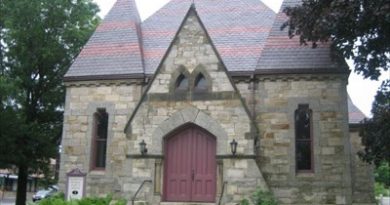 5 Things You Need To Know Today in Framingham: Tuesday, August 4, 2020