The Trustees have forwarded Kilburn’s name on to the City’s mayor, who will make the final decision. As per the rule of the Charter, the Mayor has the authority to appoint all municipal officers, division heads, and department directors. However, in the case of both the Library Director and the Cemetary Director, the Mayor must appoint the positions only on the recommendation of their respective Board of Trustees. As such, the Library Board of Trustees had to be the ones to make the recommendation to the Mayor on who they chose to fill the position.

Framingham Library Director Mark Contonis announced in january his intention to retire in 2020.

When discussing Kilburn last night, many of the Trustees were quick to point to her experience and her responsibilities given to her in her role as Assistant Director.

Library Trustee Arthur Finstein mentioned the importance of Kilburn in the recent years of the Library’s operation.

“Many of you noticed that there was a time that we were concnered with [Library Director Mark Contois]’s health. We implored him to delegate more. When Lena came on board, Mark took an opportunity to delegate and give her responsibility on operations,” Finstein said.

Library Trustee Heather Klish said that Kilburn “has the capability to grow into the position. Not a lot of things will change immediately, but eventually, she’ll come out into her own.”

The Trustees also stressed that one of the most important qualities that they looked for when choosing a Library Director was passion for the job.

Library Trustee Ruth Winett said that Kilburn “loves this library, loves this job, and that passion will go a long way.”

She agreed that “Lena has enough passion of our library to affect the city with the same passion” and she is “inclusive towards everyone who can become a library patron”.

Roy also mentioned “not every director started as a director” and that they needed someone who is able to “grow into the position”.

The vote to name Kilburn as thier pick was unaimous, 12-0. The other finalist for the position was the Director of the Goodnow Library in Sudbury.

The vote to recommend Kilburn as the new Library Director to the Mayor was 11-1. Trustee Janet Harrington was the lone opposition.

The Trustees mentioned that current Library Director Mark Contois was set to retire in June, but has extended his stay until September 30 to accommodate the search for a new Director.

It is unclear by the Trustees what the process for hiring Kilburn would be if the recommendation is approved by the Mayor. Roy said that Human Resources would be responsible for guiding the new Director in the hiring and onboarding process. 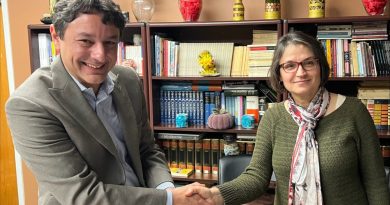