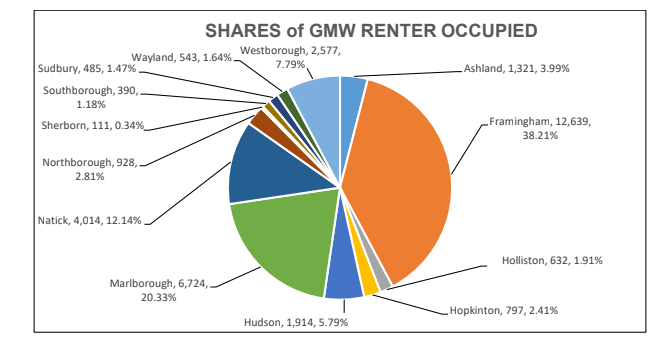 FRAMINGHAM – At the last City Council meeting of July 18, I spoke for 2 minutes in support of the Moratorium speaking solely as a resident of Framingham, District 4.

Since that meeting, I have been asked for the data and sources I cited and they are provided in this letter.

Point 1: While the Mayor and her administration seek more multi-unit apartments, they have not conducted analysis of the specific impacts additional apartments will have on residents, schools, public safety, transportation, etc. Residents have seen no metrics nor cost-benefit study. The Moratorium asks for data PRIOR to making permanent changes to our city with long term consequences.

Point 2: While the administration seeks a continued an expansion of Framingham multiunit housing, residents see city services such as schools, police, roads, public safety already stretched to the limit. As shown below, Framingham already bears a disproportionate share of renter occupied housing in the Greater MetroWest Region.

How does the current mix of housing in Framingham compare to the other communities, the region, and the state? The following information is taken from pages 36 and 37 of the Greater MetroWest Economic Profile 2019© published by MERC, FSU.
http://www.merc-online.org/economicprofiles.html
Total GMW Occupied Housing Units Including Framingham: Page 36

In 2017 the Greater MetroWest Region (GMW) had an estimated 110, 812 occupied housing units in its 13 communities.
Framingham contributed 25.1% of all the GMW occupied housing units or 27,770, far more than any other community. Marlborough and Natick followed with 14.0% and 12.9% respectively. These 3 communities provided over half of all regional housing.
The remaining 10 communities each contributed between 1%-6% of regional housing. Comparison of % Owner Occupied Housing Units vs. % Renter Occupied Housing Units: Page 37

Framingham already has the highest percentage of renter-occupied units among the 13 communities and already exceeds the region, MA (37.4%), and the U.S. (36.2%).

Statistically Framingham now has a disproportionately higher share of renter occupied housing units as compared to the region, state, and nation.

Framingham cannot provide all rental housing the region may need. It is already providing a disproportionate amount, almost 40%, of all renter occupied housing in GMW, twice as high its share of GMW owner-occupied housing.

Point 3: Covid–19 is a game changer. New buildings must be redesigned before construction to reduce the incidence of Covid-19. Common air systems, entrances, hallways, laundry rooms, meeting rooms, foyers, non-opening windows and no decks all
increase the incidence of disease spread. Density increases Covid-19 cases so we must revisit the whether increased density is desired. Half of all cases in Framingham are in multi-unit housing.

Maureen Dunne is a Framingham resident in District 4. She is a Framingham State University Professor Emeritus of Business Economics, earned a B.A. in Economics and General Science from Brandeis University, an M.B.A. from the University of Detroit and a Certificate of Advanced Management Studies from Babson College. Her areas of expertise are regional employment and economic development. 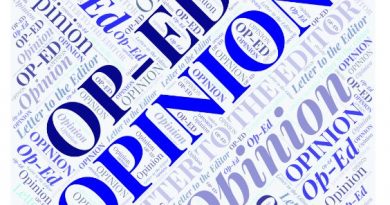