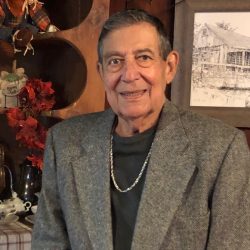 HOLLISTON – Roger R. Castelli, 83, of Gardner and formerly of Holliston, passed away Wednesday, June 17, 2020 at UMass Memorial Hospital in Worcester.

Born in Winchendon, raised in Framingham, he was the son of the late Ada (Pedini) and Dominic Castelli.

He was the husband of 18 months to Anita (Saunders) LaChance-Castelli of Gardner.

He was predeceased by his first wife, Mary Jane Castelli (Philips) to whom he was married for over 50 years.

Roger was a former Police Officer, having worked in the towns of Framingham for 5 years, and Holliston for 2 years.

Roger also worked for Middlesex News Paper in Framingham for over 28 years. One of his most treasured activities was spending time with his family at their favorite cottage in Rye, NH, and boating while there. Roger was an outdoorsman, who never passed up a chance to go hunting or fishing. Most recently,  he enjoyed the simple pleasure of spending time and laughing with his wife, Anita. Roger was known for his meticulous nature and took great pride of his home.

Roger is survived by his three children, Diane M. Manning of Littleton, Linda J. Castelli of Hopedale and Mark J. Castelli and his wife, Tina of  Milford. He also leaves behind three grandsons, Zachary J. Castelli; Jameson P. Reardon and Michael C. Manning; as well as his wife Anita’s children, Paul LaChance of Whitinsville, Doreen Gagne of Wrentham, and Michelle Gallagher of Douglas; 5 step-grandchildren and 5 step-great-grandchildren.

Visitation will be held on Tuesday, June 23rd from 4:00-5:30 p.m. at the Chesmore Funeral Home of Holliston, 854 Washington St. www.ChesmoreFuneralHome.com.

A funeral home service will follow visitation at 6 p.m.

Due to current restrictions, face coverings must be worn, and social distancing must be adhered to. 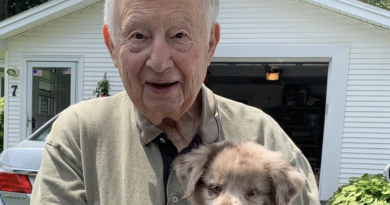 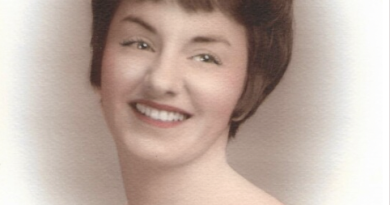