ASHLAND – The Ashland Republican Town Committee unanimously voted to send a letter to Massachusetts Governor Charlie Baker to “categorize ammunition and firearm retailers’ as essential businesses, during the COVID-19 pandemic.

The Baker-Polito administration deemed firearm retailers as non-essential and ordered them closed through at least May 4.

“Whereas the number of available law-enforcement officers in the Commonwealth is likely to shrink as a result of COVID-19 infection, whereas less-intensive policing could foster an increase in conventional crime, whereas potential shortages of both food and funds could induce civil unrest like that which has occurred elsewhere in the world, whereas the Supreme Judicial Court has ordered the expedited release of incarcerated criminals, whereas autonomous self-defense is both a basic human right and an explicit constitutional right, and whereas firearms are an indisputably effective means of self-defense, the Ashland Republican Town Committee respectfully requests that Governor Baker categorize ammunition retailers and firearm retailers as “essential businesses” during the current public-health crisis,” wrote the Committee to the Governor.

In at least 30 of the 50 states, gun retailers have been allowed to stay open as essential businesses.

Last week, in New York, the National Rifle Association sued Governor Andrew Cuomo, a Democrat, over his March 20 order to not include gun stores as essential businesses that can stay open.

The lawsuit, filed in federal court in New York, accused the New York Governor of having “indefinitely suspended a key component of the Second Amendment to the United States Constitution.”

Liquor stores in both Massachusetts and New York were deemed essential businesses but firearm retailers were not.

It was the second-busiest month ever for gun sales, trailing only January 2013, just after President Barack Obama’s re-election and the mass shooting at Sandy Hook Elementary School. 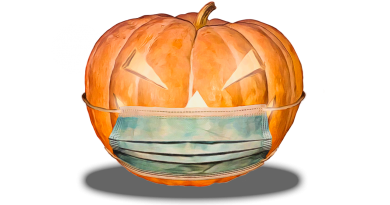 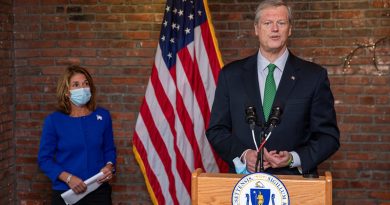 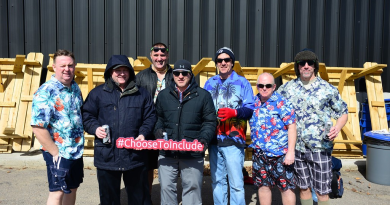