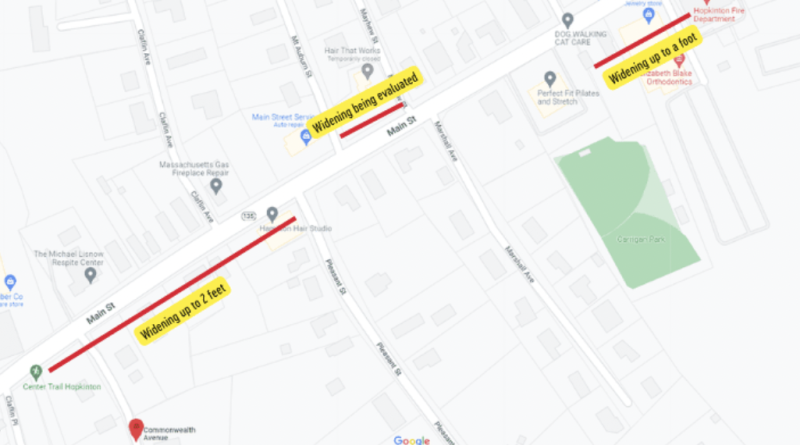 In full transparency, the following press release & map were submitted to SOURCE media from the Town of Hopkinton.

HOPKINTON — Town of Hopkinton Manager Norman Khumalo and Town Engineer Dave Daltorio provided an update on the Main Street Corridor Project, specifically about concerns raised regarding emergency vehicle access between the stretches of Main Street from Commonwealth Avenue to Mayhew Street and from Summer Street to the Fire Station.

n September, the Town began having internal discussions regarding these stretches of the roadway. Concerns were that, as currently constructed, these sections of the road may be too narrow for certain public safety vehicles, particularly fire engines, to easily navigate the road in the event of an emergency if other vehicles were pulled over on both sides of the road.

The construction plans call for the narrowest portion of these stretches to be 28 feet in width from curb to curb, which is a common size for roadways in Massachusetts. Other portions of the road are 33 feet in width.

To determine if updates were necessary, project engineers, MassDOT, and Town officials simulated various scenarios with different vehicles pulled over on opposite sides of the road to see if a fire engine could pass through.

The results of the tests were:

After conducting these tests and to ensure that public safety vehicles are provided as much space as possible to move through the area, the Town and MassDOT are working to widen portions of the road to the fullest extent without infringing on private property.

The Town will begin widening the south side of the road on Saturday, Oct. 29, from Center Trail to Pleasant Street by up to two feet and from Summer Street to the Fire Station by up to a foot.

The possibility of widening portions of the north side is still being evaluated and will be announced at a later date. The review of widening Mayhew to Mount Auburn Streets by up to two feet is in advanced stages.

The Main Street Corridor Project is ongoing, and will not reach completion for another year. We want to address any and all potential concerns before the project is over and it is too late to be changed,” Town Engineer Daltorio said. “We thank all residents, visitors, and employees of Hopkinton for their continued patience as we work toward completing this project.”

hese updates will not affect the presence of the planned sidewalks and bicycle lanes. The Town is working with MassDOT to determine the cost of these updates. The work is anticipated to fall within the overall project budget.

We believe that making these changes will accommodate all users of the roadway, especially our public safety vehicles, while simultaneously improving overall safety for all Hopkinton residents and visitors,” Town Manager Khumalo said. “I want to express my thanks to all community members for their patience and understanding as we finish up this project and make these changes.”

Community members also should note that as part of the original design, the Town is installing emergency preemptive systems at two sets of lights along the corridor. These traffic systems are designed to clear traffic for first responders in the event of emergency calls.

he purpose of the Main Street Corridor Project is to improve roadway safety for vehicles, bicyclists, and pedestrians, as well as to reduce congestion throughout Hopkinton’s downtown corridor. The project area affects Main Street from just west of Wood Street to Ash Street, a distance of 0.83 miles and includes the downtown commercial area and the historic Town Common.

The project is expected to be completed in Fall 2023. The project is being paid for with federal, state, and host community agreements, as well as Town funds. 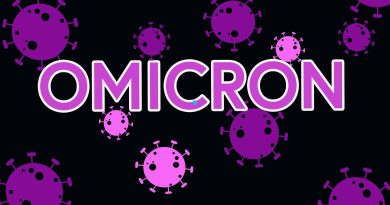 Mass DPH: 97% of Breakthrough COVID Cases are Not Fatal Nor Require Hospitalization