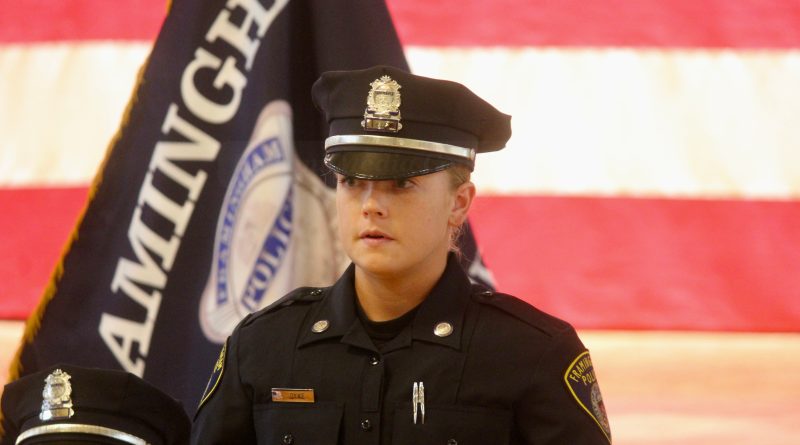 Officer Madolyn Dyke was one of four new police officers sworn in yesterday, by City Clerk Lisa Ferguson in a ceremony at Nevins Hall inside the Memorial Building.

She graduated from the Lowell Police Academy on Friday, September 30.

“Officer Dyke grew up in the City of Worcester for most of her life and moved to the quieter Town of Boylston in recent years. Today, she joins the Framingham community to feel a little more at home in a busy city,” said Lt. Jorge Ruiz on Monday.

Prior to joining Framingham Police, she was a full-time student, an intern at North Smithfield Police Department in Rhode Island, and also worked at
UMass Memorial Medical Center as a part of food services and dietary.

During Monday’s ceremony, she was pinned by her parents Mitchell and Laura Dyke. 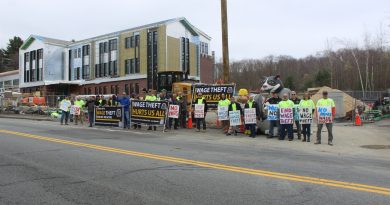