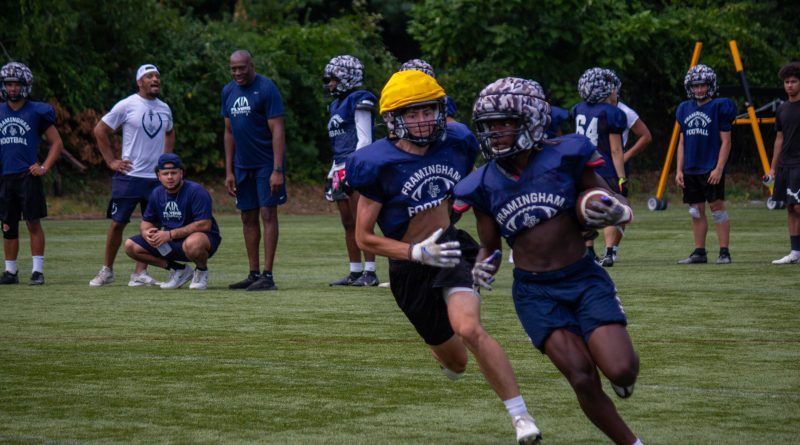 FRAMINGHAM – Framingham High football will kick off the 2022 season on the road with a game against the Timberwolves of Walpole on September 9. Game starts at 5:45 p.m.

The Flyers have a new head coach this season – Natick resident David Wright.

Between the freshman, junior varsity, and varsity teams, there are 108 players in the program this season.

SOURCE asked Coach Wright how many returning varsity players. He said the number was a “bit tricky”

“The real focus is on the number of returning players with true varsity game experience – 2,” said Coach Wright.

The Flyers will be led by four captains – two seniors and two juniors.

Senior captains are Jack DeSimone, a linebacker, and Jack Olivera, a quarterback.

Junior captains are Ben Lincoln, a running back, and Henry Goldberg, a linebacker.

“Ben is truly an all conference type player,” said Coach Wright. “Physical and speedy, he will be at the center of our running game.”

‘”Jack (DeSimone) is physical and plays well in space. This allows his handle physical inside run teams, while being speedy enough to cover against spread attacks,” said Coach Wright.

“Henry played last year at DT/OL, as an All Purpose Guy; plug and play. This year he will sit in the middle of our defensive,” said Coach Wright. “Henry is physical and smart.”

Quarterback “Jack Olivera is mentally strong; you want Jack in a fight with you,” said Coach Wright. “Very good speed, and throws very well on the move.”

Coach Wright said “currently we are in a very intense QB battle for starting job.”

The trio in contention are Olivera, junior Derek Bilton, and sophomore Matheus Silva.

“This is a good battle. We will look to name the starter the Tuesday after Labor Day,” said Coach Wright.

There are 14 seniors on the football team this season.

The first home game is September 16 against the Wildcats of Milton at Bowditch Field. Kick-off is 6;30 p.m. and admission is free.

Junior Christopher Nunez “is an issue for offensive linemen. One word is power, the second is speed and last is attitude. He is disruptive.”

Junior running back Calvin Hodge Jr.” is a fast and strong multi purpose back, with the ability to run between the tackles and able to catch the ball in space.”

Coach Wright said when it comes to the bay State Conference rival Natick High, “we don’t use that ‘N’ Word in our program. We play ‘The Team to the East’ on Thanksgiving Day.” 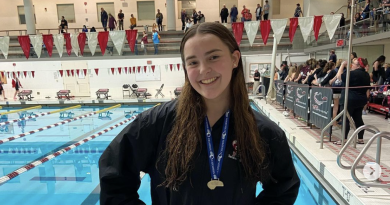 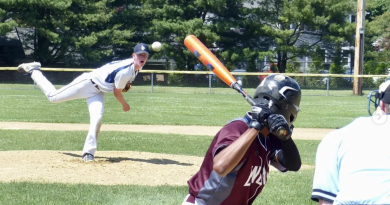 Framingham Shuts Out Lynn English in Opening Round of MIAA Playoffs