In full transparency, the following is a press release from the Healey for Governor campagn.

BOSTON – With less than four weeks to go until the September 6th primary election, Maura Healey’s campaign for governor today announced the launch of Healey Hoops, a community basketball tour. Healey will be traveling the state over the next few months and playing basketball with young people and community members.

“There is no better way to bring people together than a game of basketball,” said Maura Healey. “I love it, and I can’t wait to see people out on the court. I’m also a point guard and, for us, the most important statistic is the assist. It’s about team success over individual success. That’s the style of leadership I want to bring to the Governor’s office to move our state forward together.”

The first stop on the Healey Hoops tour will be in Lawrence at 5 p.m. on Thursday, August 11 at O’Connell South Common with the Suenos Basketball program.

The following week, Healey will play a game of basketball with Senator John Velis and other elected officials in Holyoke on Wednesday, August 17

More details about additional stops will be forthcoming.

Healey has used basketball as a way to engage with young people and community members throughout her time as Attorney General and on the campaign trail. Last weekend, she visited the No Books No Ball program in Roxbury, which seeks to increase high school graduation rates of local students by teaching them the importance of teamwork, school work, discipline, perseverance, goal setting and other positive reinforcements.

Healey played basketball at the new Hoops & Homework court a few years back. 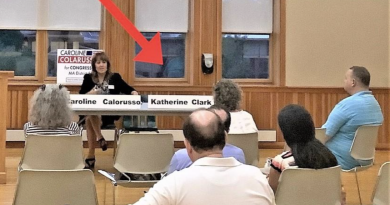 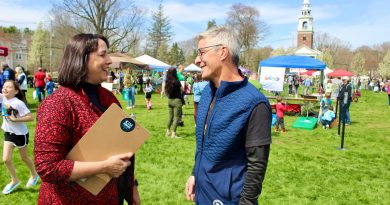 LETTER: ‘Why Is This A Good Thing?’