Last year, Senator Markey and Congresswoman Pressley, in partnership with then-city Councilor At-Large Wu, re-introduced the Freedom to Move Act, their legislation to support state and local efforts to establish public transportation as a public good through fare-free services.

“The Baker Administration and the MBTA’s decision to shut down the entirety of the Orange Line for an entire month is devastating, especially for the Black, brown, disabled, low-income, and other marginalized communities who depend on the Orange Line to get to work, school, the grocery store, and access other critical services. This disruptive decision is yet another consequence of the historic underinvestment and mismanagement of the T, and it is shameful for the first public transportation system in the country to be forced into decisions like this. Riders should not be forced to carry the burden.

“To mitigate the impact of this harmful shutdown, we urge the MBTA to make all subway and bus lines, including the Blue, Red, Green and Silver lines, fare-free for the duration of the Orange Line shutdown. Implementing fare-free transit will help ensure that transit-reliant riders—including those whose commutes will undoubtedly be indirectly impacted by this disruption in service—are not financially impacted, while also promoting connectivity, accessibility, sustainability, and addressing the transit gaps that have deepened the racial and economic disparities in our communities. In addition, fare-free transit would also help lower costs for riders during a time of rising inflation.

“Congress has appropriated sufficient resources to make this necessary investment and provide meaningful relief while the Orange Line is out of service. The state has let riders down, and riders shouldn’t have to shoulder both the inconvenience and the cost.

“Public transit is a public good and transit justice is a racial, economic, disability, and climate justice issue. We’ll keep fighting for bold federal investments that affirm these fundamental truths, including expanding fare-free services beyond this self-inflicted crisis.” 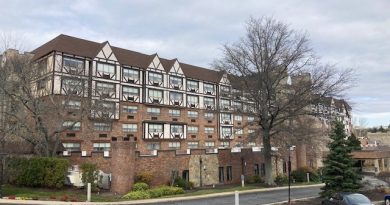