In full transparency, the following is a press release from the Massachusetts Teacher Association submitted to SOURCE media for publication.

BOSTON – The Massachusetts Teachers Association, which represents 115,000 educators across the state, is recommending that voters elect Attorney General Maura Healey, a strong advocate for public education and working families, to serve as our state’s next governor.

“Maura Healey has connected the joy of her coaching experience to the joy that educators experience when they help students learn, grow and succeed,” said MTA President Merrie Najimy. “As governor, she will make public education — from prekindergarten through college — a top priority. In addition, she will value the perspectives of those of us doing the work, who have too often felt as if we are being robbed of the joy of teaching.”

“I am the proud daughter of public school educators,” said Healey. “They taught me the meaning of hard work, compassion, and caring for your community. I’m grateful to have the MTA’s support and partnership as we continue to make our public schools and colleges equitable, thriving places for our students.”

Long before she announced her campaign, Healey had demonstrated her commitment to racial, social, and gender justice. She entered the campaign understanding that public education is foundational to the quality of life in Massachusetts. And she has fought hard to protect our communities from gun violence, shield student borrowers from predatory lenders, and preserve the dignity of retirees.

Healey has made it clear that she hears educators’ voices and understands what they want and need for their students. As governor, Healey would be focused on addressing inequitable learning environments — from early childhood to K-12 to higher education — that are rooted in systemic racism.

Healey has championed legislation that would support families struggling to afford early education and care. She was a strong supporter of the Student Opportunity Act and has advocated for its full on-time implementation. And she supports increasing state investment in public colleges and universities, including legislation based on the principles of the Cherish Act, while reducing student debt. Healey has endorsed the Fair Share Amendment, which will increase and stabilize funding for public education and transportation.

Healey’s education platform will also prioritize behavioral health services, updates to school facilities, and reforms to recruit, retain, and promote educators of color. She has stated her commitment to assessing the state’s accountability system to best support the goals of advancing excellence and equity, especially for students with disabilities, English learners, and those from marginalized communities.

Maura Healey will be a governor who respects the knowledge, skills and expertise that MTA members can bring to a new administration, and she has committed to partnering with educators and the MTA.

“The MTA views the gubernatorial election as a vital opportunity for transformational change to build a just Commonwealth,” Najimy said. “That includes addressing such MTA priorities as ending the MCAS regime, providing universal debt-free public higher education, ending the prohibition against strikes by public employees, and advancing other measures that promote the common good.”

The MTA Board of Directors voted to recommend Healey on June 18 following an extensive process that engaged rank-and-file members as well as leadership. 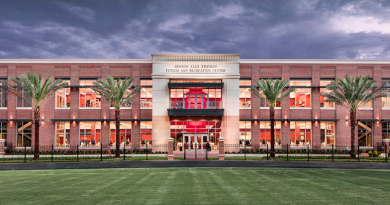