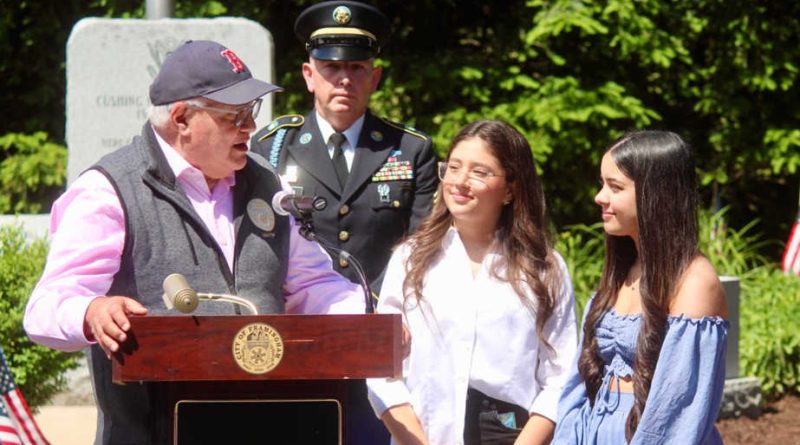 Flag Day commemorates the adoption of the flag of the United States on June 14, 1777, by resolution of the Second Continental Congress.

It is not a federal holiday. There is school and businesses are open. But in 1949, President Harry S Truman asked for June 14 to be set aside for a national observance of the United States Flag.

On Sunday morning, June 12, One Framingham and the City of Framingham held a small parade around Cushing Memorial Park followed by a ceremony in front of the memorial for Cushing Hospital.

The Framingham Elks carried a giant flag during the parade.

The Framingham High School Marching band, who performed in Disney World in April, played Disney music during the parade.

Framingham Elk Robert Anspach, who rode in the parade in a green Porsche convertible with Cemetery Trustee Chair Dennis Cardiff, offered a prayer to start the ceremony.

He was followed by remarks by Mayor Sisitsky.

The guest speaker for the event was National Senior Vice Commandant of the Marine Corps Warren Griffin.

There was a small crowd of spectators for the parade. This was the first Flag Day parade since the pandemic.

A couple dozen photos are below. For more than 125 photos from the event click here. 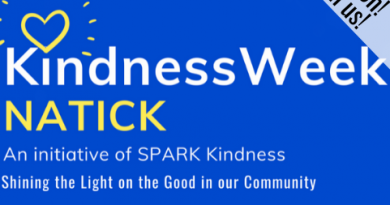 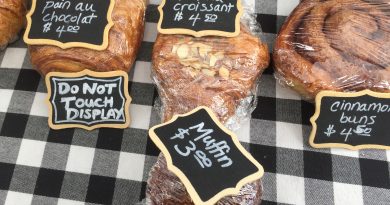 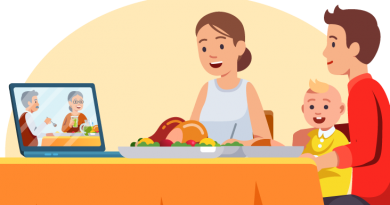