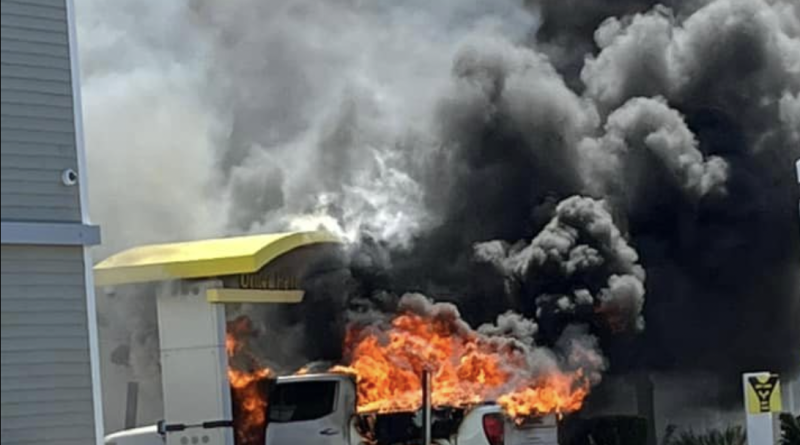 FRAMINGHAM – A white pick-up truck caught on fire at the McDonald’s drive-thru on Route 30 in Framingham today, May 18, about 11 a.m.

No one was injured, said the fire chief.

“Driver of pickup truck was going through drive through ordering food.  After ordering, driver was going to proceed to pickup window and heard a popping noise coming from the bed of the truck,” said Chief Dutcher.

The driver saw the bed of the truck on fire “eventually engulfing the whole truck,” said Chief Dutcher.

“The inside of the building was checked” and the fire never extended to the physical restaurant, said the Chief.

“Damage to overhead awning but no further damage to building,” said Chief Dutcher.

“Still investigating cause but does not appear to be mechanical related to the vehicle,” said Chief Dutcher.