In full transparency, the following press release was submitted to SOURCE media from the Massachusetts Nurses Association.

WORCESTER – The nurses of St. Vincent Hospital are once again calling out Tenet Healthcare for their mistreatment of the nursing staff as the for-profit corporation is pursuing a plan to unilaterally impose 12-hour shifts on nurses working on all of the inpatient units and the emergency department in violation of the agreement reached to end their strike and without fulfilling their legal obligation to negotiate such a monumental change in nurses working conditions.

The nurses believe the process for implementing the plan demonstrates a total disregard for the impact this change will have on many of the nurses’ family life, their personal wellbeing and their ability to provide safe care under those conditions.

In response, the Massachusetts Nurses Association has filed a charge of unfair practice by Tenet with the National Labor Relations Board, and last week filed a request for an injunction to prevent the planned implementation of the plan, scheduled for May 1.

The decision by Tenet, announced to the staff in late March, came a few months following the end of the nurses 301-day strike, and a month after a failed effort, supported by the hospital’s CEO, to decertify the nurses’ representation by the Massachusetts Nurses Association and thereby strip nurses of their union rights.

Following both instances, CEO Carolyn Jackson and the hospital publicly declared their commitment to respect the nurses’ rights and to work with the nurses to create a more positive relationship.

“We will be setting a new tone at Saint Vincent Hospital: We are one team with a common purpose…One team united behind the principles of professionalism, excellence, accountability, and compassion,” Jackson was quoted following the nurses ratification of their new contract.  And later, after the nurses cast an overwhelming vote to keep their union, the hospital publicly stated, “Saint Vincent holds its nurses in the highest esteem and remains committed to retaining and attracting high quality nursing talent. We continue to foster a culture and team that is committed to providing quality care to the Greater Worcester community.”

But despite these public statements, Tenet is pursuing a policy that for affected nurses will mean a significant change in their hours and shifts despite the fact that the agreement that ended the strike guaranteed every nurse the right to their same position, hours and shift they held prior to the strike.  There are also many nurses for whom 12– hour shifts are not feasible.

“We have a union that affords us the right, and the hospital has the legal obligation to sit down with us to negotiate any change in our working conditions, and particularly in this case, when it involves a such a monumental change that can impact nurses ability to practice safely and meet the needs of our patients, as well as our ability to meet our obligations to our families by maintaining a healthy work-life balance,” said Marlena Pellegrino, RN, a long time nurse at the hospital and co-chair of the nurses local bargaining unit with the MNA.  “Ultimately, Tenet’s approach is so counterproductive and unnecessary, for in the end our patients will suffer the consequences as many dedicated and experienced St. Vincent RNs may be forced to consider employment elsewhere. There is nothing about this decision that demonstrates a respect for the nurses who have sacrificed so much for this, our community hospital.”

Julie Pinkham, Executive Director for the MNA, which represents nurses working in 70 percent of the state’s acute care hospitals, concurs with Pellegrino’s assessment and explains that Tenet’s effort to force such a change without negotiation is rare.

“At most any other hospital represented by the MNA, such a change would occur over an extended period of time, in a good faith process of negotiation with the union to ensure a smooth transition, accommodating the needs of the nurses impacted, while ensuring safe patient care delivery. That has not been the case here at St. Vincent,” Pinkham explained. “This is a callous move to force existing nursing staff to extend from 8-hour to 12 -hour work shifts while also permanently forcing many to be shifted to the night shift, totally upending their lives and compromising their ability to practice.  It is just another example of Tenet forcing nurses and patients to pay the price for Tenet’s focus on the bottom line.’

The MNA has identified as many as 250 nurses who will be impacted by the change and how it is being implemented, and a significant portion of those who simply can’t manage the move to a longer shift.  The plan is forcing a number of nurses to consider leaving the hospital to work at hospital’s that can accommodate their scheduling needs.  Several nurses have sent emails to their managers and the Chief Nursing Officer pleading their case.

Below are excerpts from two of those emails that are emblematic of feelings held by a number of nurses:

“I am a Registered Nurse in one of the areas being transitioned from 8- to 12-hour shifts. This unexpected transition to significantly longer shifts will present an immediate and non-trivial hardship for me due to family circumstances… I am generally concerned with the way this change is being handled.  In talking to my peers, there are a number that are in situations like mine with scheduling issues related to 12-hour shifts.  It is not something that many of us can accommodate as quickly as the current plans call for. Also, as someone with over a decade of employment at Saint Vincent Hospital, the idea that seniority isn’t being taken into account with this radical reallocation of shifts is profoundly disconcerting. While perhaps it’s just bad timing, these sudden, drastic scheduling changes give off a feeling of retaliation in light of the recent strike.  As a byproduct, morale seems to be at an all-time low.  When I started at St V’s, I always envisioned staying long-term. However, as things currently stand, I feel compelled to carefully reflect about what path I should be taking in the future.”

“I have been a dedicated Saint Vincent RN for 13 years, 12 of those years being 3-11 shift. It is a shift that I am reliant upon as it works for my family and our schedules. I have two young children. I cannot work night shift. I did it when I was first hired at St Vs, before I had a family, and it is no longer realistic or doable at this stage in my life. When the strike ended, I gave up a day position at another hospital to return to St Vs because it feels like home to me. Always has.  I am entitled to and deserving of a 24-hour day position.  If I am forced to work 7p-7a I will have to begin looking for another job. As much as I would love to stay at St Vs, that shift will not work for me.”

In response to Tenet’s plan, the MNA requested to meet to work out a mutually agreeable plan that would include both 8- and 12-hour work shifts for nurses. Instead of responding and meeting promptly with MNA, Tenet had its managers deal directly with nurses, pushing them the agree to accept the new 12-hour shifts – all of which is in direct violation of the nurses’ rights.

On Good Friday, the hospital did finally meet with the nurses, but the session ended with no resolution to the issue.  With the May 1st implementation date fast approaching, the nurses in addition to having filed charges of unfair labor practice with the NLRB, have filed for an injunction to halt implementation of the change.

Pellegrino concluded, “While other hospitals are doing all that they can to recruit and retain staff, it is sad that Tenet does not seem to care about the nurses they are harming or the impact these decisions will have on the patients we are all here to serve.” 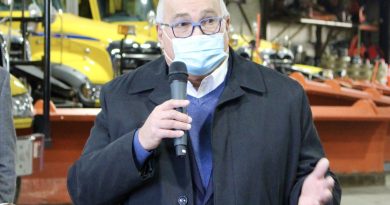 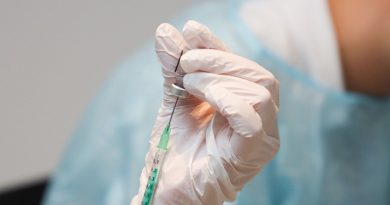 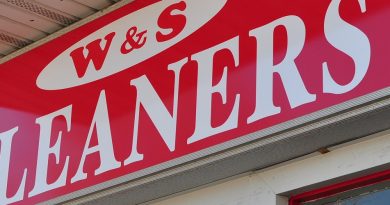