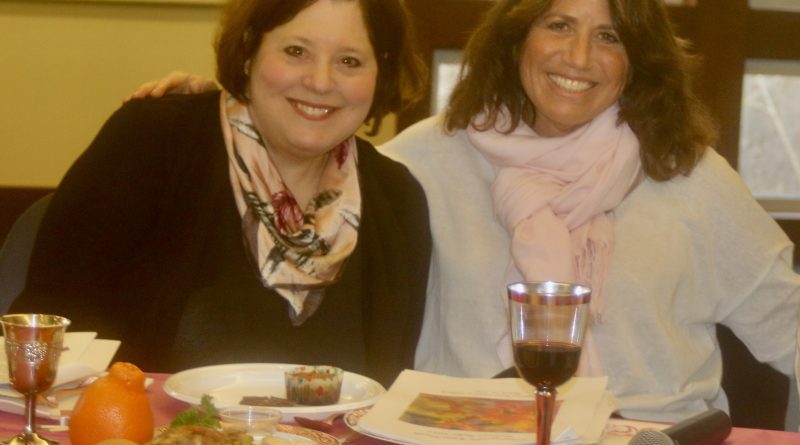 SUDBURY – Finally, after two challenging years, the women and greater community of Sudbury were back together to celebrate Passover at their 6th Annual Women’s Seder. And they were in for a deep, emotional experience.

The Seder, designed and led by Rabbi Dr. Lisa Eiduson, with Cantorial Soloist Jodi Blankstein, explored the relationship between two journeys to freedom—that of the Jews fleeing persecution and death in Egypt—and that of survivors of domestic violence. Also woven into the Haggadah were the plights of people suffering from violence around the world today. Each moment of the afternoon was rich in symbolism and messaging.

“Passover is a time of story-telling and the sharing of our individual and collective histories,” remarked Rabbi Dr. Lisa Eiduson. “And stories, by nature, are bittersweet because they contain all of our personal joy and grief mixed together. In Reform Judaism and at Congregation B’nai Torah, the Women’s Seder gives us the chance to share our special stories as women—as we celebrate our own freedoms and help women whose voices are silenced, shunned, or neglected.”

“While a traditional Haggadah retells the discussions and interpretations offered by male rabbis and scholars through the centuries, a Women’s Seder Haggadah weaves together the words of women and returns our voice to our people’s history and heritage,” shared Rabbi Eidson. “Women have always transmitted their wisdom and Jewish practices from generation to generation…Today we not only read the texts and prayers on these pages but also share our own experiences and stories together.”

From asking, “Why is this night different from all other nights?” to the symbolic items on individualized seder plates, the seder incorporated themes of freedom. Along with the traditional matzah and maror (bitter herbs), karpas (parsley), and charoset (apples and nuts), the cup for Miriam, a purple bandage, and an orange represented less traditional, but just as meaningful, symbolism.

Participants placed water droplets from Miriam’s cup on their plates as they chanted in unison: “Courage, understanding, generosity, abundance, forgiveness, acceptance, compassion, wisdom, patience, and love” —the qualities of peace they hoped for in the world. Cantor Blankstein followed with a passionate rendition of Miriam Ha’Neviah.

The purple bandage (a symbol Jewish Family Services suggests to include) served as a reminder of those in our communities in vulnerable situations—who are neither safe nor free. And the orange, carrying its own seeds and the promise of new life, represented women claiming their roles in Judaism and those who have been marginalized.

The prayers over the four cups of wine acknowledged the great upheaval in society today. The first prayer was for peace for the Ukrainian people; the second for those suffering in Afghanistan; the third was a wish for all Jews to experience freedom, justice, and peace—free of anti-semitism; and the final prayer was for a world where all people are liberated from slavery and servitude. Even the traditional Ten Plagues were adapted to reflect the reign of terror experienced by women and children living with domestic violence.

And when it came time to tell “Our Stories,” guest speaker, Susan, shared the agonizing account of the alleged murder of her sister Stacy by her husband. With pain, she recounted stories of her sister’s life as a domestic violence survivor —and her ultimate death. “We often picture domestic violence happening in a place where we can’t picture ourselves. This [Jewish family] did not fit the profile. It can happen to anyone. Don’t stay quiet, speak up,” she stressed. “Tell this story. You never know when it will save a life. We need to tell the world that we will not stand for domestic violence.” Susan shared that this month, seven years after the death of her sister, the first-degree murder trial of her former brother-in-law is scheduled to begin.

At the seder’s conclusion, Blankstein sang Stacy’s Song: Cherish Her Light, an inspirational piece she composed, with Adam Dehner, in honor and memory of Stacy. In a duet of sorts, Blankstein soulfully sang, “In the depths of the night, Reach down within, Hold onto your light, And know you’re not alone, Even though it may seem so, Cherish her light…” while Rabbi Eiduson recited a prayer for Susan, wishing her strength as she carries on in life without her best friend. And the room overflowed with tears.

“The Prophetess, Miriam, recognized by many as the sister of Moses and Aaron, was, like so many women, a nourisher of life,” observes Blankstein. “When we look at our sacred Texts, we see Miriam as a behind-the-scenes prophesier who challenged injustice done to others. There are many Miriams with us today in our sanctuary.  My dear friend, Susan, like the Miriam in our ancient teachings, has pursued tirelessly the essence of what is justice. Through narrative and sacred song, this Sedar enabled all participants to commemorate and to celebrate all of the Miriams in our lives.”

At the Seder’s conclusion, participants dropped gift cards into a basket for The Sudbury-Wayland-Lincoln Domestic Violence Roundtable, offering support to families transitioning out of shelters. And all left with hope, inspired to offer strength and bring light to those suffering in our communities and around the world.

Congregation B’nai Torah of Sudbury’s sixth annual Passover Women’s Seder explored the relationship between two journeys to freedom—that of the Jews fleeing persecution and death in Egypt—and that of survivors of domestic violence. By Jody Kotkin/Mass Communications Concepts

In full transparency, the photos and press release were submitted to SOURCE media for publication. 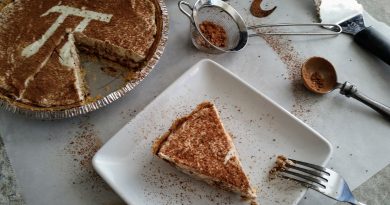 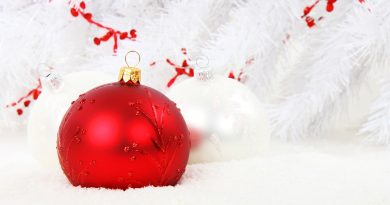