NATICK – A Framingham man, 26, was struck & killed on the Mass Pike Sunday night.

About 8:30 p.m., troopers from the Mass State Police Barracks in Weston responded to reports of a pedestrian struck on Route 90 westbound near Exit 117 in Natick.

Preliminary investigation by State Troopers indicates that Ryan Connearney, 26, of Framingham was operating a 2018 Ford Fiesta when his vehicle, for reasons still under investigation, went off the roadway into a ditch on the right side of at the beginning of the off ramp for exit 117.

Connearney exited his vehicle and ran into the left travel lane on the westbound side and was struck by a 2017 Chevrolet Cruze. He was determined to be deceased at the scene.

The male operator of the Chevrolet Cruze from Walpole was transported to Metrowest Medical Center in Framingham for treatment of injuries he sustained in the crash.

The facts and circumstances of the crash remain under investigation by troopers from the Weston Barracks, the Middlesex County District Attorney’s Office, State Police Collision Analysis Reconstruction Section (CARS) and State Police Crime Scene Services (CSSS). State Police were assisted by Natick Fire, and the Massachusetts Department of Transportation (DOT).

Framingham Police Take Possession of Vehicle With Blood On It, After It Stalls on Warren Road 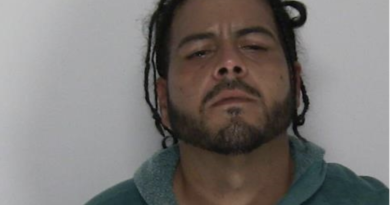