The pedestrian was struck near the westbound ramp for Route 30.

The driver of the vehicle stayed on the scene, according to first responders.

The driver was being treated by EMTs.

“Troopers are on scene I90 WB at Exit 117 in Natick where a pedestrian was fatally struck. Natick Fire and EMS are also on scene. @MassDOT has the left 2 lanes closed,” Tweeted Mass State Police after 10 p.m. 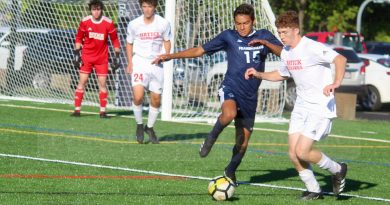