FRAMINGHAM – Linda Levitt was trying to figure out how much she actually paid in taxes to the City of Framingham a few weeks ago. She called the City and was told an amount that did not sound right. She did some digging and discovered she was owed more than $1,000.

Levitt apparently overpaid her taxes and is due a refund. And she is not alone.

“The error was made this Spring, and yet I am still waiting for a refund in December,” said Levitt.

“The City is holding on to our money, money especially seniors could use now,” said Levitt. “This is not right. They should have given us a tax credit for the next bill. They should have refunded the money to us months ago. We deserve interest on the money they have not returned.”

Levitt as of today, December 21, still does not have her refund.

How did this happen?

SOURCE reached out to the City of Framingham’s interim CFO. Jennifer Pratt, with several questions.

After consulting with the City’s treasurer and tax accountant, Pratt said “Most of the overpayments from residents occurred in May when both 3rd and 4th quarter bills were due.”

When asked why residents who overpaid were not issued a refund on their next tax bill due in Fiscal Year 2022, Pratt said “we do not move credits to the next fiscal year bill.”

“Each overpayment has to be researched to make sure we are refunding to the correct resident,” said Pratt. “Because of the many house sales this year, the City must ensure the refund is going correct person, meaning the new owner or prior owner.”

Pratt told SOURCE that 1,020 individuals are owed a refund.

It is unknown how much the 1,020 refunds total, at this time.

“I’m not sure everyone is even aware they overpaid,” said Levitt. “The City should have notified residents of the overpayment and issued the refund by now.”

Pratt told SOURCE she is not even sure if residents will see the refund in 2021.

Her response on if refunds will go out in this month was “we are processing the refunds as quickly as possible.”

SOURCE questioned how the City of Framingham was able to balance its Fiscal Year 2021 books with more than 1,000 refunds, at an undetermined amount, due residents.

“As part of the Year End Close and Reconciliation, the City Accountant reviews the Refunds Paid and Receipts in July and August to calculate the 60 day accrual.  To be conservative he also look at the credit balances as of June 30 on the Detail Receivable Reports by year.  Without getting into the Debits and Credit and timing of reversals, if the total amount of the credits  is higher than the number of refunds issued during July and August, he will book an additional Refunds Payable as of June 30.  By taking this action, it will give the Treasurer’s Office additional time to research the balances to ensure a refund is actually owed and the credit is not due to a misapplication of a payment,” explained Interim CFO Pratt.

Levitt was not happy with answers she was getting from the City of Framingham and the Spicer administration.

She reached out to her State Representative, who said it was not an issue for him.

She reached out to the Commonwealth of Massachusetts and Attorney General Maura Healey’s office, too.

She also contacted a lawyer, who told her the City of Framingham owes her 8% interest on the funds not refunded.

But Levitt said the City told her she is not owed interest.

Pratt told the same thing to SOURCE “The City or any other Municipality does not give interest on overpayments,” said the interim CFO.

Levitt said her lawyer cited Massachusetts General Law 62 40, which deals with the overpayment of taxes and interest.

“If any refund of any tax, interest or penalties is made pursuant to sections thirty, thirty-one A, thirty-six, thirty-six A, thirty-seven or thirty-nine of this chapter, or sections twenty-seven or twenty-seven A of chapter sixty-five, or section six of chapter sixty-five A, the state treasurer shall repay to the taxpayer the amount of such refund with interest thereon at the rate of the federal short-term rate determined under section 6621(b) of the Internal Revenue Code, as amended and in effect for the taxable year, plus 2 percentage points, computed as simple interest, except as hereinafter provided, from the date of overpayment to a date, to be determined by the commissioner, preceding the date of the refund check by not more than thirty days, whether or not such refund check is accepted by the taxpayer after tender of such to the taxpayer,” according to the MGL.

Her attorney told her if they win, the City of Framingham would owe 12% interest and not 8% interest.

In the meantime, Levitt is concerned that many do not even know they overpaid in the spring.

Interim CFO Pratt said “If a resident contacts City Hall, we (will) research the overpayment and then process the refund as soon as possible.” 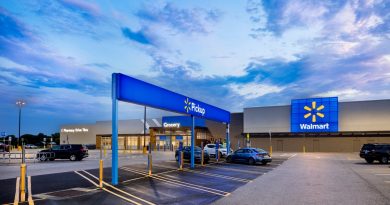 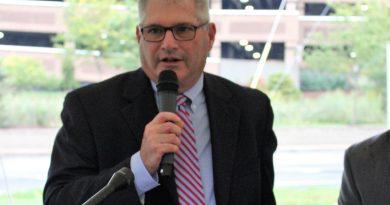