This report has been updated several times since it first posted at 4:33 p.m. Last updated at 5:15 p.m.

“I find that: (1) two votes counted for Feeney during the recount should have been counted as blank, leaving Steiner with two more votes than Feeney; (2) Feeney has identified two voting irregularities that place in doubt the results of the District 3 election; such that (3) the election as to District 3 councilor is set aside and a new election is ordered,” wrote the judge in a ruling today.

“The Terms of a Special Election Consistent with the scheduling order arrived at with the parties, in light of my decision that a new election is warranted, the parties shall appear via zoom on Wednesday, December 8, 2021 at noon,” wrote the judge in his ruling.

“Perhaps realizing the frailty of those two additional votes upon recount, (Mary Kate) Feeney has raised two alleged irregularities which, she contends, call into doubt the correctness of the election and warrant a special election as requested by the City,” wrote the judge. “The discussion of two irregularities among thousands of votes cast does not reflect any suggestion that the City did not run a lawful and successful election; it instead reflects the razor-thin margin of the District 3 election, and that if Feeney can call into question just a small number of votes, even relatively few and facially minor irregularities could justify a special election.” wrote the judge.

On Monday, when all lawyers were in court, four ballot were questioned. Two by Steiner’s attorney and two by Feeney’s attorney.

“The first irregularity raised by Feeney is straightforward. An absentee ballot from a Precinct Four voter was accepted, and the ballot counted, even though the voter had failed to sign the “Early Ballot Envelope” which the voter returned to the City. Massachusetts G. L. c. 54, § 92 requires that an absentee voter “execute the affidavit” printed on the return envelope for absentee ballots. A Precinct Four voter returned his early ballot in the Early Ballot Envelope but failed to execute the affidavit. The envelope nonetheless was opened and the ballot was processed. Because the ballot was added to other Precinct Four ballots for counting, the early voter’s election choices are unknown. I agree with Feeney’s argument that this early ballot was counted when it should not have been, and Feeney thus has shown an election irregularity with respect to this single early ballot,” wrote the judge.

“The second irregularity raised by Feeney is not as straightforward. A Precinct Four voter appeared at her polling place during the 1:00 p.m. hour to vote. When she checked in with election workers for Precinct Four, the election workers told her that, according to their voter “check-in” records, she had already voted. That is, both the “check-in” records where a voter’s presence is recorded before voting and the “check-out” records where a voter’s presence is again recorded after voting, showed that this voter had already been checked in and checked out. When this came to light, the voter completed a “provisional ballot affirmation” on which she swore that she had not yet voted and that she continued to reside at her address of record,” wrote the judge.

“The voter also completed a provisional ballot. On that ballot, she cast a vote for the mayoral election but left blank the vote for City Council District 3. The provisional ballot ultimately was not counted. The Provisional Ballot Affirmation contains a notation in the section for “election official use only,” where the municipal elections official, “EB”, noted a consultation with the Secretary of the Commonwealth: “Cannot investigate. Per Michelle Tassinari at the Sec. of the Commonwealth.” Other than the voter’s affirmation that she had not, in fact, voted on Election Day, the record contains no information explaining why the voting records indicated that the voter had already cast a ballot. One very plausible explanation is that an election worker made a mistake recording when a different voter arrived to vote, misidentifying the wrong person and the wrong address. But it is at least conceivable that someone, improperly, voted in the place of the proper voter, by providing an incorrect name and address to the election teller. We do not know. The question is whether this second alleged irregularity suffices to justify a new election. The potential impact of this irregularity is highly uncertain. That potential impact turns not on the rejected provisional ballot-which was blank as to the District 3 councilor race-but on the possible impact that an improper voter was permitted to vote, or to vote more than once. That possibility presents a very spare basis to order a new election, but the question, of course, is only presented because the results of this election were so very close. The SJC has long held that “‘whenever the irregularity or illegality of [an] election is such that the result of the election would be placed in doubt, then the election must be set aside,’ and the judge must order a new election.” Rizzo v. Board of Election Commissioners of Revere, 403 Mass. 20, 22 (1988), quoting McCavitt, 385 Mass. at 850. Here, Feeney credibly has raised two irregularities which call into question two votes. Given the two-vote margin in this election, I conclude that those two irregularities, in the unique circumstances of this election, place in doubt the result of the election, and warrant a new election as to the District 3 councilor race,” wrote the judge.

SOURCE has emailed Adam Steiner and Mary Kate Feeney for a statement.

“Today the Massachusetts Superior Court agreed with the City of Framingham and set an election. The Judge has called everyone back to his Chamber for tomorrow at noon to set an election date. I am pleased our judiciary ruled that the decision of who is the next District 3 Councilor lies with the people of District 3.,” said Feeney to SOURCE. “While a special runoff election during the holiday season is not ideal, I promise you I will use every moment to spread my message of change, reach every voter and get out the vote on Election Day. If we have learned anything, it is that every vote counts. My campaign is about change. It is about moving forward; not remaining stagnate. It is about you. It is about the work we can do together to make a Framingham we are proud of for everyone. I am ready to hit the ground running. I hope you will continue to join me, and together we will work hard to make the change we want to see in our city.”

How did we get to a judge from the November 2 election?

“Court issue a temporary restraining order and/or injunction, ordering that no special election be held until judicial review of the ballots and materials listed,” wrote his attorney.

The City of Framingham and the City Council in a split vote want the special election needs to be held before January 1, as the new redistricting goes into effect then, and that would mean different voters for a District 3 City Council race than the voters on November 2.

Since the judge decided on special election, now there will be a discussion on the parameters on Wednesday.

The City’s attorney said it would want the judge to impose the November 2 voting lines to be in place for the special election whether the election is held in 2021 or 2022, with the new district lines. 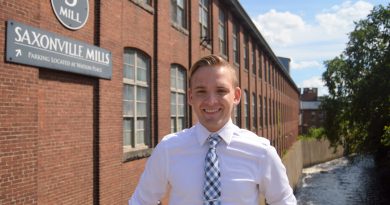 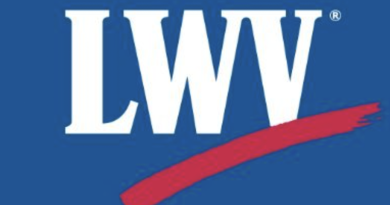 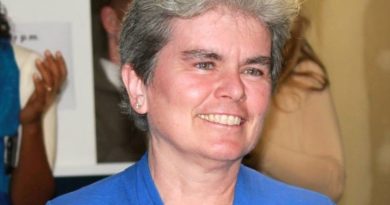