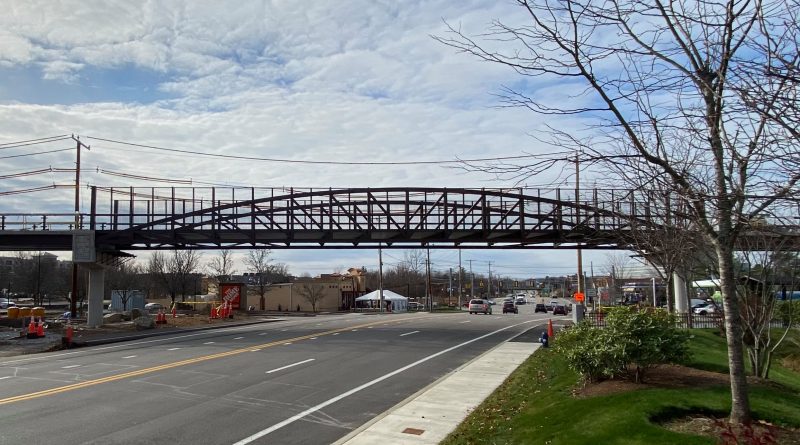 The following is a press release from MassDOT. It is posted as received to SOURCE.

NATICK – The Massachusetts Department of Transportation (MassDOT) is announcing that Secretary and CEO Jamey Tesler and Highway Administrator Jonathan Gulliver will join members of the Massachusetts Legislature and officials from the Towns of Framingham and Natick at a ribbon cutting event for the Framingham-Natick-Cochituate Rail Trail (CRT).  The event will be held on Tuesday, September 28, at 11 a.m.

The $11.4 million project included the construction of 2.4 miles of rail trail and a grade-separated crossing at Route 30, and the replacement of the CSX Bridge over Route 9.

A section of the trail also included a spur line connecting to the Natick Mall. The trail will be primarily off road with five roadway crossings.  At the northerly end of the trail, a grade-separated crossing of Route 30 was constructed to provide the connection to the existing 1.4-mile Framingham section of the CRT.

Planned future construction will provide a direct connection with the Natick Center MBTA station as well as over Lake Cochituate.

The CRT adds to an ever-expanding list of rails-to-trails projects in the metro-west area currently funded for construction in Wayland, Sudbury, Newton and Weston.