FRAMINGHAM – Former Planning Board Chair Thomas Mahoney will lead the newly-created Community Preservation Committee. Mahoney was unanimously elected as chair at the first-ever meeting of the Committee tonight, July 28.

City Clerk Lisa Ferguson began the meeting by swearing in the 9 members.

The 9-member Committee was created by the City Council in 2021, after Framingham voters adopted the Community Preservation Act via a November 2020 ballot question – 19,078 to 11,414.

Framingham became the 178th community in the Commonwealth to adopt the Community Preservation Act.

The adoption allowed the City to charge a 1% tax on property owners to pay for open space, historic preservation, recreation and community housing development projects.

The 9-member Committee will be responsible for approving projects.

Under the City Council ordinance the Community Preservation Committee will “study and maintain a listing of the needs, possibilities and resources of the City regarding community preservation. The Committee shall consult with existing municipal boards, including the conservation commission, the historical commission, the planning board, the parks commissioners and the housing authority, or persons acting in those capacities or performing like duties, in conducting such studies.”

The Committee also will “review relevant master plans and studies prepared by municipal officers to better understand land use needs” and “develop along-term and short-term community preservation program and financial plan for Framingham that identifies goals and needs, establishes priorities, and sets criteria for evaluating proposed projects. The financial plan shall include a multi-year revenue and expenditure forecast, including identifying other available public or private financing sources. The program and financial plan shall be reviewed and updated annually to reflect changes in the community’s needs, priorities and resources.

The City Council also determined the makeup of the 9-member Committee, which includes four appointments by the City Council., which were made in June.

Mayor Yvonne Spicer vetoed the make-up of the Committee, arguing that the Mayor and not the City’s legislative branch of government, the Council should make the citizen appointments.

The Mayor appoints multiple-member boards and commissions, and the other 5 members of the Community Preservations Committee come from those appointed boards, committees, and commissions.

The City Council overrode the veto in a 10-1 vote.

Kaprielian was voted clerk and Stevens treasurer of the Committee.

Kaprielian said she wanted every one to have a “positive experience” with the Committee.

The Committee is expected to meet at least once a month and may meet twice a month as it has a February 1 deadline.

“We have a lot of work to do in a very short amount of time,” said Mahoney.

Project recommendations shall include the timeline for implementation, anticipated project cost, appropriation requested, and all other funding sources. With respect to affordable community housing, the Committee shall recommend, wherever possible, the redevelopment of existing buildings or construction of new buildings on existing sites. Notwithstanding, the Committee may, upon a two-thirds vote of the Committee,
bring additional recommendations for projects for appropriations to the Council during any given fiscal year. These recommendations shall require a two-thirds vote of the full Council for approval.

“The Committee may include set aside funds for future use where sufficient funds are not available at the time. Such recommendation to the Council for deferred spending of monies shall be earmarked for specific purposes consistent with community preservation. Alternatively, the Committee may recommend action to set aside monies for later spending for general purposes that are consistent with the Act,” according to the City ordinance.

By April 1, 2022, the Community Preservation Committee shall “submit to the Mayor and the Council, an annual administrative and operating budget for the Committee for the next fiscal year, which shall not exceed five percent (5%) of that year’s estimated annual Fund revenues. The Council shall vote on said request by June 30.”

“I want this Committee and this program to succeed,” said Mahoney.

The Committee scheduled its next meeting for August 9, and will invite the executive director of the Community Preservation Coalition to make a presentation and then do a Q&A with the Committee. 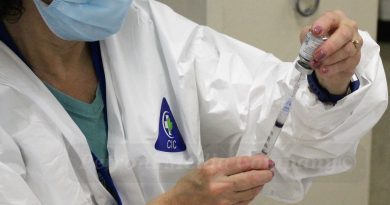 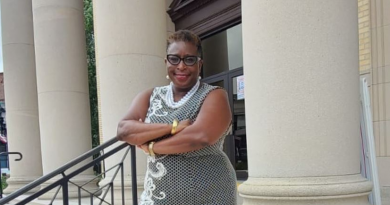