The following press release was submitted to the digital media outlet by its business wire service.

FRAMINGHAM – Workhuman®, the world’s fastest-growing Social Recognition® and Continuous Performance Management platform, on November 5 announced the appointment of – Lorrie Norrington, Operating Partner at Lead Edge Capital, and Annrai O’Toole, CEO at Utmost and former European CTO at Workday, as independent members of its board of directors, effective September 16.

“Workhuman is on an incredible growth trajectory as more enterprises commit to galvanize their workforces in the new normal that’s been created as a result of the COVID-19 pandemic. We’re proud to be attracting such accomplished humans to help us accelerate toward our mission and get to the next level as a company,” said Eric Mosley, Workhuman CEO. “Lorrie and Annrai bring a wealth of deep expertise and experience as seasoned executives that will help propel us along our journey and we are thrilled to welcome them to Workhuman.”

With more than 35 years of experience leading some of the biggest companies in e-commerce, Lorrie Norrington currently serves as an advisor and in an operating partner capacity for Lead Edge Capital, a growth equity firm.

Prior to Lead Edge Capital, Norrington was the President of eBay, CEO of Shopping.com Inc., an Officer at Intuit, Inc., and led a variety of businesses at the General Electric Company over a 20-year period in a broad range of industries.

“The power of human connections delivered by the Workhuman® Cloud platform has transformed work environments during this incredibly difficult time,” said Norrington. “As we look ahead, human-centered workplaces will be the cornerstone of winning companies. I look forward to bringing my experience in scaling great companies to the board and working in tandem with the leadership team to usher the company into its next phase of accelerated growth.”

Annrai O’Toole is currently Founder and CEO of Utmost, the first extended workforce system. Prior to co-founding Utmost, O’Toole served as European CTO at Workday, where he also held several positions over his decade-long tenure.

O’Toole was also instrumental in founding IONA Technologies in 1991, where he operated as Director and CTO, playing a key role in the organization’s eventual IPO in 1997. He later became Co-Founder and CEO of Cape Clear Software, an integration middleware company, which Workday acquired in 2008.

“If this global pandemic has reinforced one thing, it’s that a company’s ability to pivot and thrive is tied directly to the resilience of its culture; leveraging technologies such as Workhuman to spur greater connection and performance is vital to success,” said O’Toole. “I am excited to work with Eric, my fellow board members, and the leadership team to build even more value in Workhuman as we continue to bring more humanity to workplaces worldwide.”

To further propel the company’s rapid growth and expansion globally, Workhuman has introduced Emily Miller as VP of sales EMEA and Dave Clark as VP of customer success. Emily comes to Workhuman from Gartner, where she was managing vice president for the sales and marketing practice and led a team of 70 leaders, account, and sales executives across Europe and APAC.Based in the U.K., Emily will be responsible for overseeing and expanding Workhuman’s sales team in the EMEA region. Dave, who will be overseeing all teams related to customer success and contributing to the company’s stellar retention and net expansion rates, joins Workhuman from Lavastrom Analytics, where he spent the last six years in executive customer success and support roles.

As the world’s fastest growing Social Recognition and Continuous Performance Management platform, we are unapologetic in our mission to make work more human. Through provocative workplace data and human insights that align and inspire the organization around a shared purpose, the Workhuman® Cloud gives companies what they need to achieve immediate and long-term tangible ROI by motivating and connecting every employee to perform the best work of their lives. Founded in 1999 and co-headquartered in Dublin, Ireland and Framingham, , Workhuman is used by more than 5 million humans in 170 countries. 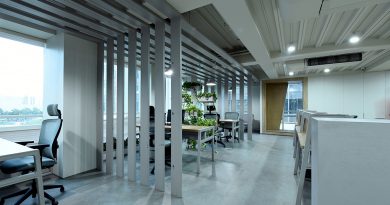