Editor’s Note: Portions of this report is a press release from the Governor’s office.

Today, September 3, the Baker-Polito Administration stepped up its targeted initiative to help stop the spread of COVID-19 in communities across the Commonwealth with the highest number of positive cases. This initiative brings even greater focus to the top 5 highest-risk communities with regular neighborhood-level assessments and a comprehensive multi-lingual public messaging campaign.

The initiative focuses efforts on Chelsea, Everett, Lawrence, Lynn and Revere. The Commonwealth’s COVID-19 Enforcement and Intervention Team (CEIT), in partnership with local community officials, is leading this effort.

“A handful of communities have persistently received high case rate of transmission,” said Gov. Charlie Baker this afternoon. “We know that COVID can and will spread quickly in any environment, if swift action isn’t taken, to slow, and stop the spread. To take a more aggressive approach, in cities and towns, where cases are higher, we’ve launched a COVID enforcement and intervention team.”

This targeted initiative includes regular meetings with local leadership to understand residential and business activities contributing to trends, an even greater level of state focus to stop the spread and a new public messaging campaign.

The goal of the public messaging campaign is to ensure residents know they live in a high-risk community and reiterate the importance of wearing a mask and other best practices to stop the spread.

“These initiatives are a partnership between our administration and local officials,” said Gov. Baker at his noon press conference.

Massachusetts Health Secretary Mary Lou Sudders said over the past week the state has worked with the 5 communities, and was “grateful” for the ‘collaboration” as “we collectively lean in to reverse the trends” of these high rates of the coronavirus.”

Built around a message of, “You have the power to save a life,” the comprehensive campaign will encourage the use of masks and social distancing and will run in English, Portuguese, Spanish, Haitian Creole, Vietnamese, Arabic and other languages common to these communities.

Framingham has the sixth highest rate of infection for the coronavirus and was not included.

“I have reached out to COVID-19 Command Central for more details, but I am deeply disappointed that Framingham was not included in getting these additional important services,” said State Rep. Maria Robinson.

“It is clear that our city requires additional help to stop the spread while we see numbers increase throughout Metrowest. In order for us to fully tackle COVID-19, especially before the school year begins, we need multilingual resources implemented as soon as possible,” said Rep. Robinson.

SOURCE reached out to the Spicer Administration but has not received a response.

“”Today’s stepped up initiative is for the top 5 communities with persistently high incidence rates of COVID-19. The broader COVID-19 Enforcement and Intervention Team, launched in early August, is focused on all higher-risk communities, including Framingham. The CEIT has been in contact with the mayor and other local officials and looks forward to the upcoming meeting and next steps to stop the spread. This can include increased testing, added focus on contact tracing and much more,” said Tory Mazzola, COVID-19 Command Center spokesperson.

“In my communications with folks at the MA Department of Public Health today, the liaison’s initial belief is that the new interventions are being applied to the top five communities which have been “red” for a while (longer than Framingham).  I have been assured that my contact will look into what goes into that decision-making and what resources they have deployed to Framingham so far,” said State Rep. Jack Patrick Lewis.

“Looking at the list of additional resources in the press release, many of them could be helpful to us.  We are actively advocating to the state directly to get some of these resources for Framingham,” said Framingham Health Director Sam Wong.

This new website Mass.gov/StopCOVID19 provides residents and local business owners with information on how to stop the spread, state restrictions on gathering sizes, testing locations and materials that can be printed for display in apartment complexes, restaurants and community areas.

The campaign’s advertising will run on hundreds of displays, message boards, signs, billboards and other channels in these top 5 communities through paid partnerships and via state-owned resources, such as at MBTA stations, on MassDOT signs and much more.

During Labor Day weekend, the field teams will be active at approximately 15 locations in these top 5 communities. All aspects of this campaign will expand throughout the fall.

Since it was launched, this team has worked closely with all higher-risk communities to help stop the spread of COVID-19 in areas that are persistently above the state average. CEIT partnered with local elected and community officials, including municipal leadership, police chiefs and local health departments, to assess trends and most effectively utilize resources. Collectively, these teams have enforced gathering size restrictions and shared with municipalities additional state support, such as testing and contact tracing information.

Framingham’s rate over the last two weeks increased from 8.7 to 10.9

As new community data is reported, CEIT will adjust as cities and towns move into or out of higher-risk categories.

Throughout September, the campaign will expand beyond the top 5 communities. 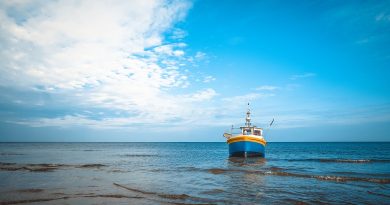 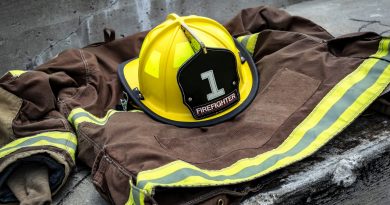