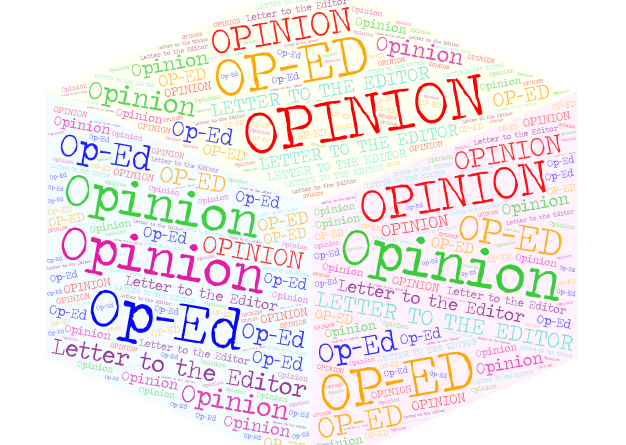 FRAMINGHAM –  Black Lives Matter is primarily about the police not being Judge, Jury and Executioner when it comes to Black people.

The “due process” of law was designed to be biased in favor of the white people. We will have to fix it.

To my understanding, the Black Lives Matter movement was not designed to give a free pass to Black people on all of their errors of omission and commission.  Or to give credit to a Black person with ZERO contribution on a matter under discussion.  If it were, I would not have signed onto it.

In 2012, white supremacists attacked a Wisconsin gurdwara when 7 were killed.

In 2019, a Hindu temple was attacked, defaced, windows broken and xenophobic messages painted.

An Indian-American computer engineer was gunned down by a racist in Kansas.

A 70 year old Indian grandfather while walking his 6 year old grandson, was brutally assaulted by local police when a neighbor complained about a “suspicious person” walking in  the neighborhood.

I can go on. It is Black and Brown Lives Matter.

City of Framingham -A Proclamation ( to be proclaimed)

Whereas The City of Framingham celebrates the diversity of its community and
proudly stands with its communities of color; and
Whereas The people of Framingham have a proud legacy of using their voices to
speak against racism and oppression, dating back to the Massachusetts Anti-
Slavery Society rallies of the early 1800s at Harmony Grove. At their 1854 rally,
Framingham and the Massachusetts Anti-Slavery Society made headlines when
William Lloyd Garrison, founder of abolitionist newspaper “The Liberator”, burned
copies of The Fugitive Slave Act of 1850 and the U.S. Constitution; and
Whereas Citizens of Framingham continue this legacy by holding protests and
marches supporting the Black Lives Matter movement throughout our community;
and
Whereas Citizens of Framingham gather every Friday at 5pm in Downtown
Framingham at the intersection of Routes 135 and 126 to stand up for Black Lives
Matter; and
Whereas The Framingham City Council denounces racist acts of oppression,
including systemic racism which has targeted Black and brown communities; and
Whereas The Framingham City Council is committed to fighting racism, standing
up as allies for our communities of color and celebrating the diversity of
Framingham.
We reaffirm our commitment to protect and serve everyone who resides in, works
in, or visits, without discrimination, as well as its belief in the dignity, equality and
constitutional and civil rights of all people,
Now, Therefore be it proclaimed, that the Framingham City Council, declare
August 2020 to be Black Lives Matter Month in the City of Framingham, and that
all residents are encouraged to pay fitting observance thereof.
[IN RESPONSE TO A PRIVATE CITIZEN’S PETITION]

The question is “Can you live with it ” and then build upon it progressively?

Proclamations do not contain action items – they  can be built upon the proclamation.

The hall mark of a grassroots movement is individuals or small groups of individuals initiate positive actions – other grass roots members should support them – instead of scuttling them. It is not the issue of who gets the credit.

Here we see a Republican woman City Councilor and a Democratic City Councilor collaborating on the issue of Black Lives Matter. Is this a good thing?

I am sure no one wants to see divided Framingham community.

This Proclamation can be a model – where multi-partisan people come together.

The month of August is very important – it is the Black August – A Celebration of Freedom Fighters Past and Present. See attached.

It is never about “African American” voices being heard – it is about   “Do I I get credit even if I have ZERO contribution”.

There are a few hundred Black people living in Framingham, several Black Churches. Who can claim to represent the Black Community  exclusively?

4.1 There were two black folks caught on camera erasing the BLM murals in front of Trump Tower – they have some supporters – does their voice matter?

4.2 A black community organizer I know thinks slavery was good for his people. He has some followers – does his voice matter?

4.3 A black pastor in Framingham is a Trump supporter and thinks Ferguson was fake – it never happened and the related video was fake / doctored. He has many supporters – like it or not. Does his voice matter?

4.4 A black pastor in Framingham called a 80(-) year young woman to his basement office for a “discussion”. He shouted, yelled at, screamed and thumped his table in an attempt to intimidate that woman. No culture in the world will accept such behavior as civil. He has some supporters.  Does his voice matter?

Point #5 – When people call me to explain such behavior I respond by saying that these people do not represent the black community exclusively – they may have some supporters.

Point #6 – Like any community – the Black and Brown community is not monolithic. No one single person or entity can claim to represent an entire community – such communities are not subject to command and control. Let the grassroots movements succeed.

Dhruba Sen is a Framingham resident from District 6.

LETTER: CPA on November Ballot Is Just Another Tax on Framingham Residents

OPINION: ‘We All Desire a Downtown That Brings Us Pride’