BOSTON – Massachusetts Attorney General Maura Healey today, August 5, joined a coalition of 20 attorneys general calling on Facebook to take measures to prevent the spread of hate and disinformation and to provide stronger support for victims of online intimidation and harassment on its platforms.

In a letter sent today to Facebook Chief Executive Officer Mark Zuckerberg and Chief Operating Officer Sheryl Sandberg, the coalition asserts that Facebook has fallen short in keeping hate content off its platforms and protecting users from online harassment, despite its stated commitment to work to keep its user community safe.

“Facebook hasn’t taken needed steps to stop the spread of vitriol and hate across its platforms,” said AG Healey. “They allow misinformation to rapidly spread across the internet and empower its most vile users to harass and degrade people. The company needs to take our recommendations seriously and make significant changes.”

The letter follows the release of a civil rights audit of Facebook’s practices—commissioned by the company and completed in July—that faults Facebook for failing to advance civil rights and refusing to enforce its own policies against dangerous organizations and individuals, including white supremacists.

Recent surveys suggest more than 40 percent of Americans have experienced some form of online harassment, and that of those victims, more than 75 percent have reported being harassed on Facebook.

The letter urges Facebook to implement several reforms recommended in the audit to “strengthen its commitment to civil rights and fighting disinformation and discrimination.” It further recommends steps designed to improve Facebook’s supportive services for victims.

Such harassment can include conduct like cyberstalking, doxing (maliciously publishing someone’s personal information), and swatting (filing false police reports to prompt law enforcement response targeting the victim). The coalition believes that at present recourse is unavailable for too many of these victims due to limitations on the services that Facebook offers victims, as well as other factors.

The reforms recommended in today’s letter calls for Facebook to: 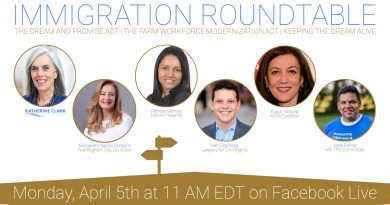