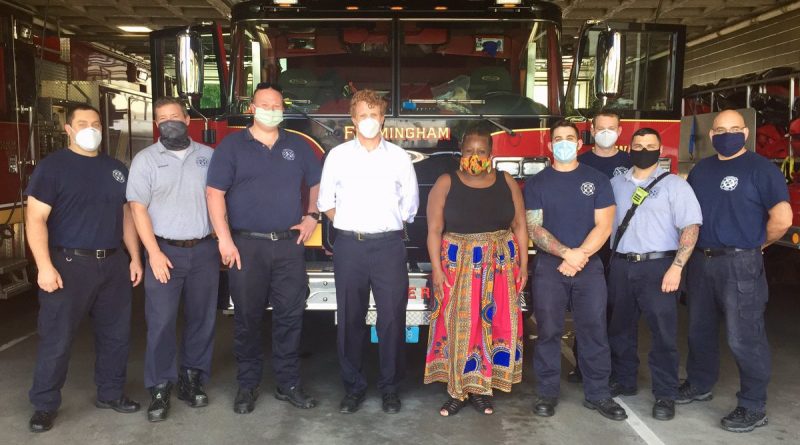 FRAMINGHAM – Congressman Joe Kennedy III, who is campaigning for a U.S. Senate seat in Massachusetts against incumbent Ed markey a fellow Democrat, will be be on his Jobs and Justice Tour on Saturday, and will make a few stops in Framingham.

The Democratic primary election is September 1. Voter will select one Democratic – Markey or Kennedy – to move on to the November ballot.

His first stop in Framingham will be at Jack’s Abby Craft lagers where he will be joined by Framingham Mayor Yvonne Spicer, who has endorsed Kennedy. That stop is at 1:45 p.m. Less than 30 minutes later he will meet with Brazilian business owners in downtown Framingam and then meet with supporters at the Memorial Building at around 2:30 p.m.

The Congressman is due in Milford at 3:15 p.m. for a couple of stops in that community followed by a campaign stop in Boston.

Earlier in the morning, he will join Stop & Shop workers from the United Food and Commercial Workers (UFCW) Union 1445 in Somerville to demand hazard pay for essential workers.

Photo from Mayor Spicer’s Twitter account from a previous visit Congressman Kennedy made to Framingham with the Mayor. 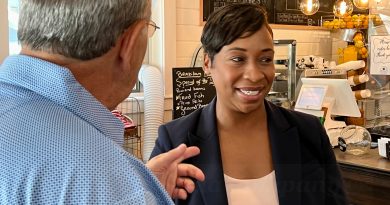 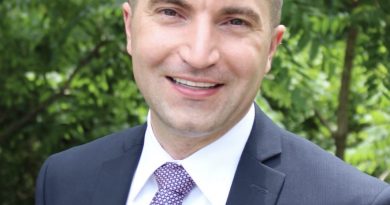