FRAMINGHAM – After a delayed opening due to the coronavirus pandemic, the Framingham Farmers’ Market finally had its grand opening today, July 9.

The pandemic also forced a few changes to the market, held traditionally on Thursdays from June to October on the Framingham Centre Common.

Market manager Tara Murphy said considering the circumstances with the Coronavirus, there was a steady flow of shoppers today.

Even with the high temperatures, Murphy said that “all the vendors have been doing well.”

This year’s farmer’s market had definitely taken longer to set up, said Murphy.

With the danger of coronavirus still looming, the market needed to create a “one-way traffic pattern,” a hand-washing station, and signs at the entrance/exit, but Murphy said “the city has been very helpful.”

The one-way traffic pattern was organized by orange cones with arrows and very easy to follow.

All vendors and shoppers wore masks and stayed a safe distance away from others.

Vendors at the opening market include Framingham’s own Hanson’s Farm. The Nixon Road farm had an array of produce, including green beans, pickled cucumbers, cilantro, squash, and lettuce.

Country Florals is usually part of Hanson’s farm stand, but today to add an additional vendor they had its own lovely flower stand. Martha Hanson had an assortment of flowers, most notable were the sunflowers.

A perennial favorite at the market is Velma’s Kettle Corn.

Eric Bickernicks, who was selling kettle corn, explained how there are complications with COVID-19. He was grateful that he can still serve and be part of the farmers market. He described COVID-19 market business as “wistfully optimistic.” He sold two sizes of kettle corn – small and large.

Lemon Spot, associated with Hanson’s Farm and created by Liz Hanson and Martha Hanson, is making its second year with the Framingham Farmers’ Market.

Abi Swanton said that they try to “incorporate produce from the farm into the lemonade” such as “mint and strawberries.” Lemon Spot said sales do better on hot days like today.

Another popular vendor returning this season is Great Harvest Bread.

A family-owned company based in Newton, Great Harvest Bread is run by Cheryl Cellucci, with her husband.

A vendor since the beginning of the Framingham markets, their bread is made from scratch every day. The “most popular is the cinnamon swirl.” They also sold cookies and garlic bread.

Framingham-based Eastleigh Farm was selling its popular ice cream off its Moo Bus. The Nobscot farm brings the bus to different locations and on the weekends they have a bigger ice cream bus at the farm on Edmands Road. You can also visit the cows.

Sam Westervelt, who was working at the ice cream truck, said, “our ice cream’s good.”

One woman who was enjoying the market with her two sons said they had stopped by to get some ice cream in the hot weather, but they also bought some flowers.  Temperatures today were in the mid to high 90s.

A couple of people mentioned they had enjoyed the weekly farmers markets and they’re glad that they have returned.

According to market manager Murphy, the farmers market was missing only one vendor today.

The market is held Thursdays from noon to 5:30 p.m. at the Framingham Centre Common

Photos and report by SOURCE intern Sydni Williams, who is a student at St. Mark’s School in Southborough. 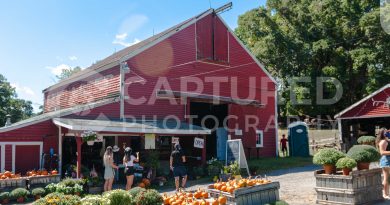 PHOTOS: Spend a Fall Day at Hanson’s Farm in Framingham 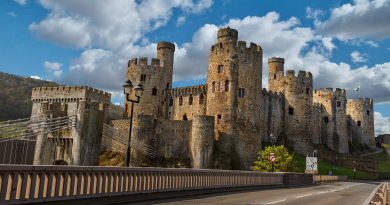