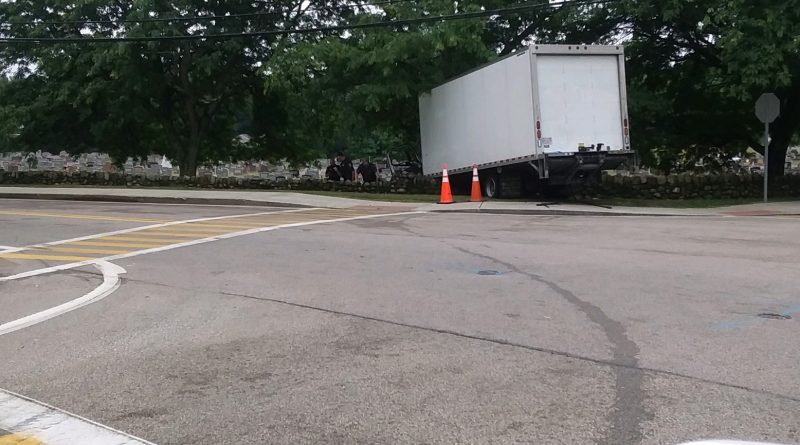 FRAMINGHAM – Police will charge a driver for “failure to stop for a stop sign” in a crash yesterday, June 29, that sent a truck crashing through a stone wall and damaging a cemetery headstone.

Driver “will be charged with motor vehicle offense including failure to stop for stop sign,” said Lt. Grigas.

The two-vehicle crash happened at Bethany Road and Winthrop Street at 7:30 a.m. according to police.

That intersection is one of the 10 worst in the City of Framingham.

After the Nissan sedan did not stop for the stop sign, the Mitsubishi truck crashed into St. Tarciscius Cemetery and knocked down a headstone, according to police.

There were “significant injuries,” with that crash, said Framingham Fire Chief Mike Dutcher on Monday.

The female in the sedan was transported to Framingham Union Hospital, said the chief.

Rescue 1 and ladder 3 were needed to extricate one of the two men in the truck, said Chief Dutcher.

One man was transported to a Boston Hospital. The man extricated was taken to UMass Memorial Hospital in Worcester, said Chief Dutcher.

The intersection was recently approved for a 4-way stop sign and other improvements as it is one of the top 10 crash areas in the City. Work is not scheduled for the improvements until later. 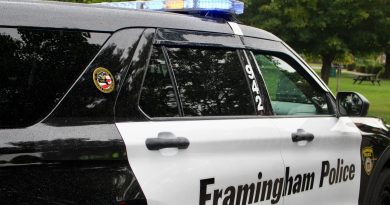 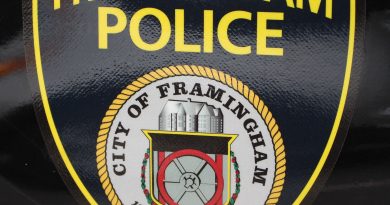