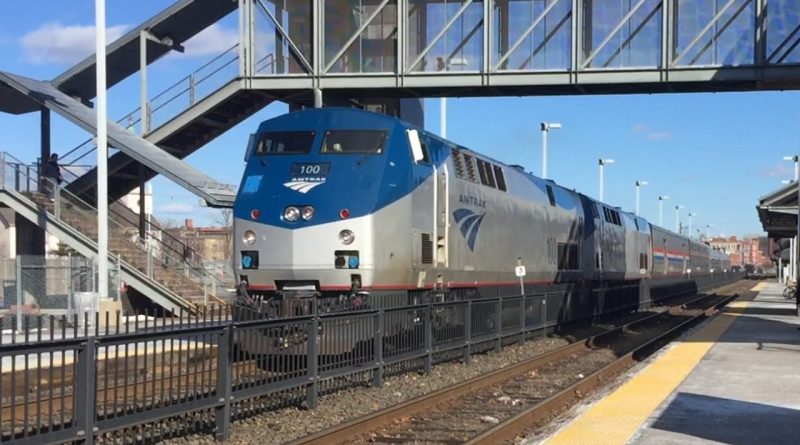 BOSTON – Senator Edward J. Markey (D-Mass.), a member of the Senate Commerce, Science, and Transportation Committee and the Environment and Public Works Committee, last week announced introduction of the Building Rail Across Intercity Networks To Ride Around Interior of the Nation (BRAIN TRAIN) Act.

This legislation authorizes $5 billion annually, for a total of $25 billion over five years, to invest in “high-performance” intercity passenger rail service that will connect communities within a state, across states, and around the country.

Moreover, these benefits are especially pronounced for regions of the country – such as Western Massachusetts – that are historically and persistently unconnected or under-connected.

“Despite clear economic, environmental, and safety benefits, Congress has insufficiently invested in expanding passenger rail,” said Senator Markey. “Developing and restoring passenger rail service, especially in communities that have been underconnected, is exactly the kind of recovery program that can help repair the economic damage caused by the coronavirus while correcting long-standing inequities.

“I am introducing the BRAIN TRAIN Act so we can create new jobs, combat climate change, and mitigate traffic congestion while building an East-West Rail connection, finishing the South Coast Rail project, and exploring routes like a Berkshires Housatonic Line,” continued Senator Markey. “When the coronavirus pandemic is over, and whether you are traveling to Boston, Springfield, Hartford, New York City, Albany, or anywhere in between, the BRAIN TRAIN will help you get there.”

“I am thrilled to know Sen. Markey has introduced this critical legislation,” said Pittsfied, Massachusetts Mayor Linda Tyer. “This support will grant the western Massachusetts region much needed access throughout the state and will enhance our local economy. The time is now to move forward on robust funding that will support the development of comprehensive rail transportation throughout our country.”

The BRAIN TRAIN Act will specifically:

The BRAIN TRAIN Act is endorsed by the Western Massachusetts Rail Coalition (which includes the Train Campaign, Trains in the Valley, Chester Railway Station & Museum, and Citizens for a Palmer Rail Stop), the Natural Resources Defense Council, and Transportation for America.

“Passenger rail doesn’t just connect regional economies and create new jobs: it multiplies the benefits of already-existing transportation assets, like airports, public transportation, and highways, by connecting more people to more places,” said Beth Osborne, Director, Transportation for America. “We’re happy that Senator Markey is introducing this bill now so that a robust passenger rail network can play a major role in our economic recovery. The BRAIN TRAIN Act will help make this possible by increasing federal rail investments and making it easier for localities to receive this transformative funding.”

“Senator Markey’s innovative plan for passenger trains offers a clear path forward in the campaign to build a modern, efficient rail system in the U.S.,” said Jim Mathews, President of the Rail Passengers Association. “The BRAIN TRAIN Act would create an innovative new toolset for states. Critically, Sen. Markey’s plan offers workable solutions not just for coastal megacities, but for small towns looking to build better connections to essential services and economic opportunities for their citizens.”