Born in Natick, he was the son of the late Alice (Slack) and William C. Palmer Jr.

William grew up in Ashland and then Hopkinton in his early years. He was most proud of his service in Vietnam in the Navy as a BT3 from 1966 to 1970. He was deployed on the USS Oakhill LSD-51; (Landing Ship Dock) commissioned with launching and repairs of landing craft and amphibious vehicles. In 1967, he was deployed with the USS Duluth LPD-6, a Landing Platform/Dock amphibious warfare ship, used to land Marines on the shore. The Duluth motto was, “Fortiter In Re” (Bold in Action). Lastly, he served on the USS Haleakala (AE-25) a Nitro-class ammunition ship supplying the Navy in both blue and brown water with ports into Da Nang and Subic Bay.

Bill Returned to Massachusetts and lived in Medway and worked as a Mule Team Plow Driver for Weston Nurseries, as a pipe fitter assistant, as a Long Haul Semi Tractor Trailer Driver, and was a School Bus driver for Framingham Schools.

Bill bought 10 acres of land in Wolcott, VT and lived there occasionally in a cabin he built, while working as a Bus Driver. He came back to Massachusetts to become his elderly mother’s primary caregiver and took care of her for over a year before she passed.

In the last few years, he offered his Bill’s Handyman/Lawn service to various residents.

He enjoyed country music, working, fishing, enjoying the variety of trees in the outdoors, and having a beer afterwards with his many friends at his favorite establishments (The VFW, ROSE GARDEN, T.J’s). He also loved his daily walks meeting up with friends and family around Cushing Memorial Park. He will be missed by many. He enjoyed his family and friends and being “Uncle Butch” to his nieces, nephews and grandnieces/nephews.

Services will be held at a later date at the Ashland VFW (or other local location), with interment happening in Bourne National Cemetery.

In lieu of flowers, donations may be made via the following links; https://www.VFW.ORG Bill was a member in VT and Medway; www.VETERANSINC.ORG a Worcester location and to help patients and families being treated in the Boston VA hospitals. 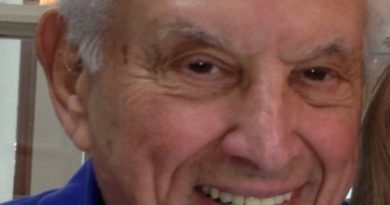 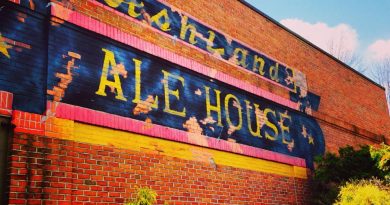