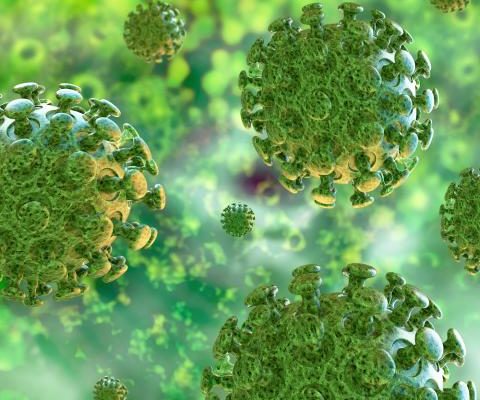 BOSTON – The president of the Massachusetts Senior Care Association on Monday, April 13, warned of death and devastation at nursing homes unless the state dramatically ramps up COVID-19 testing of residents and employees, prioritizes the delivery of personal protective equipment, and funnels an additional $130 million a month to the industry.

In a letter to Gov. Charlie Baker, House Speaker Robert DeLeo, and Senate President Karen Spilka, Tara Gregorio said modeling indicates one-third of nursing home residents are likely to become infected during the COVID-19 outbreak and 3 percent, about 1,140 people, are likely to die.

Under a worst-case scenario, she said, half of all residents would become infected and 10 percent, or 3,800 people, will die.

“Given the vulnerability of the nursing facility population, this devastation will continue to increase at alarming rates without immediate and urgent action on the part of state government,” Gregorio wrote. “Specifically, we need any and all additional resources to immediately staff our nursing facilities, test all resident and staff working the frontlines, and access to enough lifesaving personal protective equipment.”

Gov. Charlie Baker, at a State House press conference, acknowledged the challenges being faced by long-term care facilities, but insisted his administration is trying to address them. “My dad’s in one of these facilities so I take this stuff pretty seriously,” he said.

Baker also revealed that the state is preparing to open closed nursing facilities and repurpose them to serve COVID-19 patients exclusively.

An earlier plan to move existing patients out of nursing facilities and replace them with patients with COVID-19 was abandoned when the current residents were tested for the coronavirus and many turned out to have the disease.

Baker said long-term care facilities are the most challenging to deal with because of the vulnerable population they serve and the close contact employees have with residents.

Governor Baker said a fairly recent mobile testing effort administered by the National Guard has found that 201 facilities have at least one case of COVID-19, which he said means roughly 800 have no cases.

Industry officials, however, say many of the residents of those other facilities have not been tested yet.

The National Guard was at Mary Ann Morse in Natick and Saint Patrick’s Manor in Framingham last week conducting testing.

Baker indicated his administration is aggressively tackling the problem. “I actually think we’ve taken pretty seriously the importance of coming up with strategies to do all we can…to try to protect people to the best of our ability in senior care and congregate care facilities,” he said.

Nursing homes have emerged as the frontline in the battle against COVID-19 since Friday, when state officials for the first time released data indicating residents of nursing homes are dying at alarming numbers.

The data indicate 45 percent of the state’s COVID-19 deaths have occurred in nursing homes.

As of Monday, a total of 378 residents and staff at long-term care facilities had died of COVID-19.

In Natick, Mary Ann Morse has had four residents who have died.

And in Ashland, WaterView Lodge has had three resident died from the virus.

In her letter to the top political leaders on Beacon Hill, Gregorio said 40 percent of staffing positions at nursing homes are vacant because the employees have either contracted COVID-19, are quarantining due to exposure to it, “or they simply fear coming to work.” She said the state’s nursing homes need to hire about 17,000 people “to reach a basic staffing level.”

Gregorio said state resources are needed “to offer a double-time ‘hero’s pay’ during this unprecedented crisis.” She said the Baker administration ‘s decision to boost essential provider rates by $13 million per month was helpful, but it is not enough. She said an extra $130 million a month is needed.

“Without this, many or most nursing homes will not have the finances to survive this crisis and pay their staff,” she said.

“Simply put, despite our many pleas, nursing facilities simply have not been given and do not have the resources to fight this pandemic without more support from the Commonwealth. COVID-19 is utterly depleting our nursing home community in every way. If we are to have any success, we immediately need the Commonwealth, hospital systems, and our local communities to join us on the frontline,” she said.

The Association wants the Baker-Polito administration to “immediately expand and routinely test both symptomatic and asymptomatic nursing home residents and frontline staff.”

Widespread testing is indisputably essential to containing the virus and protecting our residents and staff. Nursing facilities are working to secure testing for our frontline staff and residents but the process established by the state, while well intentioned, has been inadequate to the scope of the problem,’ wrote the Association President. “While we appreciate the Command Center’s recent and ongoing expansion of mobile testing, the reality is that facilities are still facing significant barriers, including extended wait times for the testing, delayed testing results, as well as inconsistent testing guidance. We believe that together with the National Guard, Transformative and others that widespread surveillance testing is achievable with testing support from the Command Center and the Broad Institute. It has to happen now to avoid a much larger crisis.”

The Association also wants the State to “immediately prioritize personal protective equipment (PPE) for the safety and health of residents and frontline staff by ensuring an adequate supply of N95 and surgical masks, gowns, eye shields and gloves, which are desperately needed to safely treat residents.”

“Nursing facilities are also continuing to pursue all viable options in order to secure additional masks, gowns, eye shields and gloves including appealing to the state’s Command Center and making purchases via international suppliers, but the stark reality is that most facilities lack essential supplies and could run out of PPE shortly,” wrote the Association President to the state’s leaders. “With additional testing, there will be more COVID-19 positive residents and staff. In short, we are simply burning through PPE at alarming rates and need the Command Center’s support in allocating these life-saving resources to our caregivers.”

The Association also seeks to “expand state resources to fund a “hero” wage of double time and deploy the National Guard or Medical Corp to help staff the state’s nursing facilities.”

The Association president wrote that “40% of staffing positions are currently vacant due to the COVID-19 crisis, which means we need to secure about 17,000 direct care nursing staff to reach a basic staffing level. In short, our already under-resourced facilities are now experiencing a further staffing crisis as a result of the COVID-19 outbreak. Many of our staff are sick with COVID-19, in quarantine due to exposure or they simply fear coming to work.”

“We are working diligently to identify pools of workers and are offering as robust financial incentives as we can to existing staff, but the stark reality is that we are unable to reach the most basic staffing levels. The only way we can begin to stabilize our staffing is for the state to provide us with the resources to offer a double time ‘hero’s pay’ during this unprecedented crisis and ensure their safety through the consistent availability of PPE,” the Association President wrote to the Governor, Speaker of the House, and the Senate President. 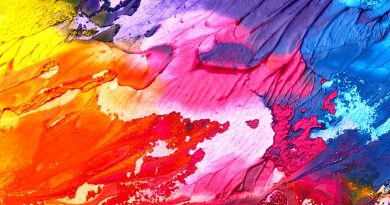