ASHLAND – In response to the Governor’s unexpected announcement earlier this evening, all Town Buildings will be closed to the General Public tomorrow, March 16 until March 31, announced Ashland Town Manager Michael Herbert.

“Additionally, the Governor has ordered all schools closed until April 7,” said Herbert. 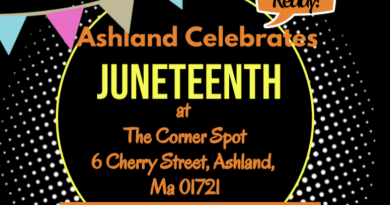