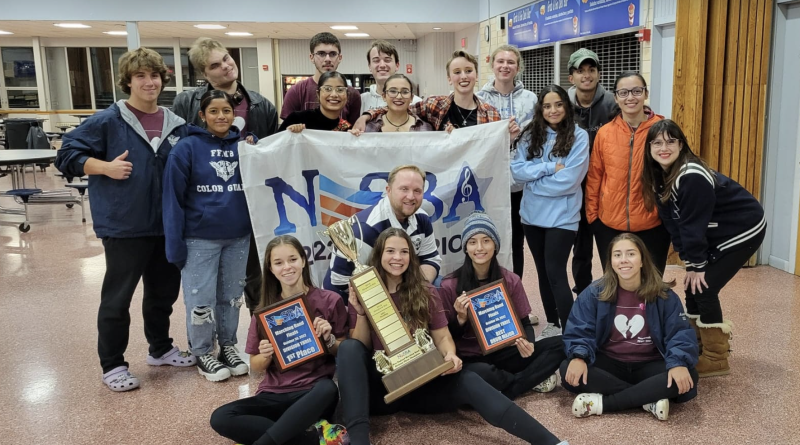 Report was updated at 2:39 p.m. with quotes from Drum Major Isabel Feudo

The Flyers won first place, and earned a platinum medal, with a score of 95.3.

Framingham has only received a platinum medal once before, in 2019, said Framingham High marching band director Andy Jasinski.

“When I had first joined marching band I didn’t want to be a part of it because I didn’t know anyone who was a part of it, and was nervous to step out of my comfort zone. After experiencing a day of band camp, the staff and the rest of the band immediately made me feel welcomed,” said Feudo.

“Over the past few years this band has grown immensely, and I am so proud that the band was able to receive our first win at champs,” said Feudo, a senior.

The Flyers 2022 show is called “Heartbreak.”

It is “meant to convey some of the emotions a person might feel after having their heart broken. It begins with love, which quickly turns to jealousy and vanity,” explained Jasinski.

“These difficult emotions are displayed through a number of musical and visual time changes to reflect the ups and downs of love,” said Jasinski.

“The show was written, musically and visually, by our staff,” said Jasinski to SOURCE.

“We are so incredibly proud of our students and their show. We knew from the beginning that we had something special – a group of truly dedicated student leaders and an incoming class with a lot of talent,” said Jasinski to SOURCE. “But make no mistake – this victory comes from work. These students worked, sacrificed, and grew throughout the season to build a championship for Framingham. We sincerely hope it’s the first of many.”

They were honored in a ceremony on Friday night at halftime of the Flyers football game. 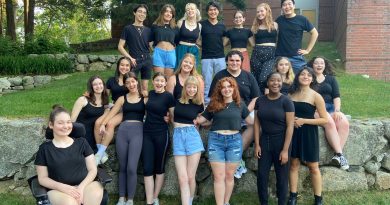