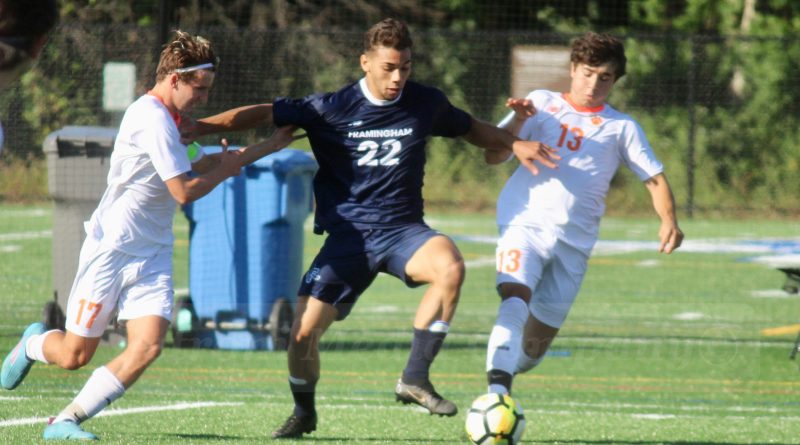 A huge crowd was treated to a fantastic game between two of the best teams in the state, said Coach Jon Wood.

Framingham went down 1-0 early for the second game in a row but fought back.

The Flyers fell behind 2-1 but equalized on a goal by senior midfielder Yuri Teixeira, said Coach Wood.

With less than two minutes left Simoes scored the game winner on a fantastic header in the box. He elevated on an in swinging corner kick and beat the goalie to the high left, said Coach Wood.

The Flyers are now 2-0 on the season, under head coach Dan Avery.

Photos from the home opener 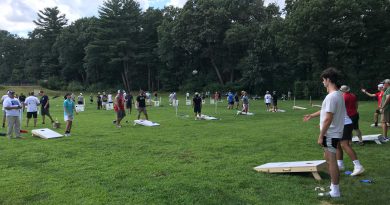 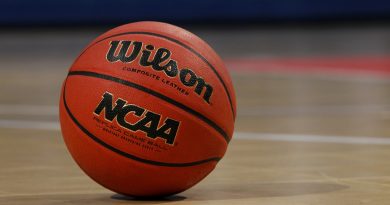