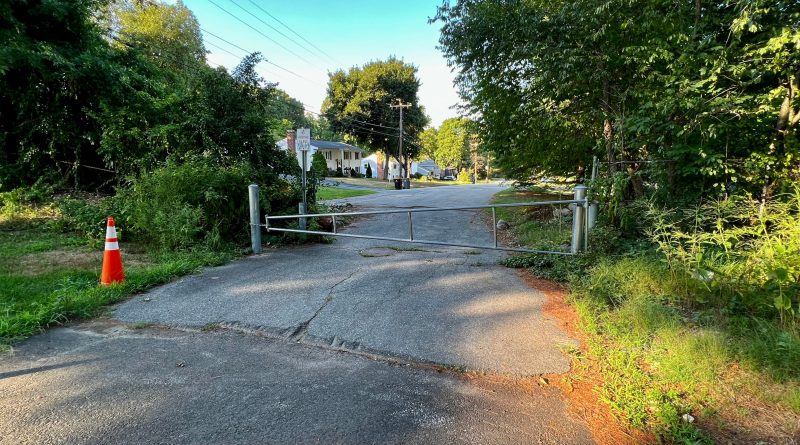 FRAMINGHAM – Along with a new principal, parents at Brophy will have a new drop-off and pick-up system for the 2022-23 school year.

New Brophy Principal Jessica Mandes sent an email to parents this week discussing the new change. Mandes, who was a vice principal at Barbieri Elementary, was named interim principal at Brophy on July 20.

SOURCE reached out to Superintendent Bob Tremblay about the change, as school starts in less than a week on Wednesday, August 31.

Instead cars will enter on Pleasant Street, wrap around the back of the building, and then exit down the walking path to Berkeley Road.

Walkers will still use that path, under the new plan, which puts both walkers and drivers on the same path, exiting into a residential neighborhood.

Framingham Public Schools Executive Director for Operations Lincoln Lynch IV told SOURCE Friday morning, August 26 “We will also stagger the dismissal meaning walkers and parent pick up will not occur at the same time. Walkers will be dismissed separately from parent pick up allowing for a safe exit from the property for both walkers and parents in their vehicles.”

Framingham Public Schools “has been working with the Police Department on this as every year there is a significant safety issue as the drop-off causes a backup on Pleasant Street which takes up an entire lane of traffic,” said Superintendent of Schools Bob Tremblay to SOURCE tonight, August 25.

Supt. Tremblay sent the digital news outlet the response the Brophy Principal had already sent to a parent.

Tremblay said the statement from the Brophy Principal explains “how we took walkers into consideration when the plan was made and how we are creating a safe environment for them.”

From Brophy Principal – “Thank you for reaching out as your concern about student safety is valid and something we considered when we created this plan. There are student walker routes from four entry points and this is a concern at all four routes. Every walker line will be escorted by a staff member until they have reached a safe sidewalk. Then via walkie, we will be informed when the path is clear and can start to release vehicles. During the first week of school there will be extra staff and police detail, in the morning and afternoon, to ensure this new procedure runs smoothly and safely. This change was made in consultation with the Framingham Police Department, our Department of Safety and Security, and our school administration.”

When changes were made to the McCarthy elementary and Fuller Middle school drop off and pick up plans, there was a neighborhood meeting during the planning process and after the decision.

“This decision was based on the last couple years of significant daily traffic issues on Pleasant causing calls from the police with safety concerns combined with the probable increase in parent drop offs due to bus shortage causing more issues on Pleasant Street,” wrote the Principal.

Brophy is not the only school that has spillover traffic onto main roads. Hemenway Elementary has that issue on Water Street, Cameron Middle and Stapleton Elementary has it on Elm Street and for despite a new parking lot at Barbieri Elementary, it still has issues once in a while on Dudley Road.

“As noted in the plan and in the communication with the family, walker safety was at the forefront of our minds when working through this decision. We are committed to have staff supervise walkers that will ensure safety. Also, there will be a police officer stationed at the exit point into the neighborhood. The police department has also set up a speed board to alert drivers of their speed on that street to help with any speeding issues. This was a collaborative operational decision between FPS and the police department that we believe will create efficiencies and keep Pleasant Street street safe while keeping our students and their families safe,” wrote the Principal.

The new principal said in a statement “If after a few weeks we find this process does not work, we will reevaluate the plan. Please know that student safety is of utmost importance and there is always room for family feedback and input.”

SOURCE drove the route around 5 p.m. on Thursday. There were a couple of residents walking the route. They said they were unaware of the change.

The gate from the walk path to Berkeley Road was locked closed tonight.

There were cones near the road, which is cracked and is just wide enough for a vehicle, at the gated area. There is not a separate walkway and and a driveway area at the gate. 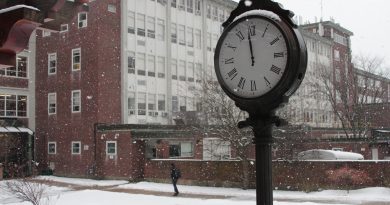