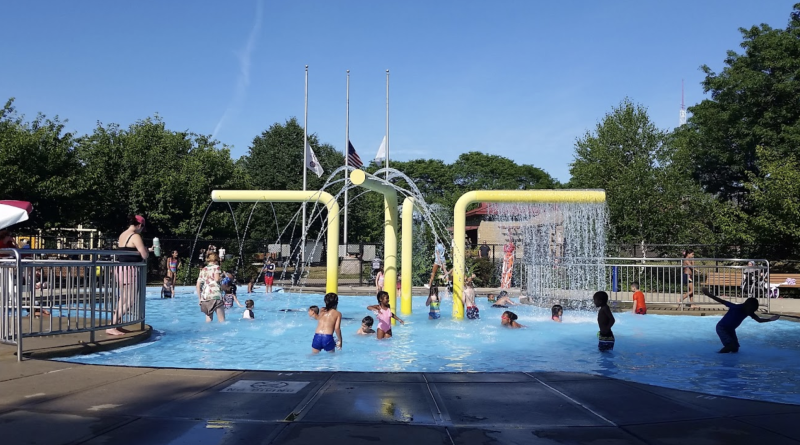 FRAMINGHAM – Framingham mom Ashley Daniels Ramos does not understand how a City like Framingham, with more than 70,000 residents and more than 27 square miles does not have a public splash pad.

In a few short weeks, the group grew to more than 350 individuals.

“This group is for all Framingham residents who want to be a part of making a splash pad happen in our amazing city,” she wrote.

The City of Framingham has plans for a Splash pad as part of a redesign of Mary Dennison Park, but the project has stalled. The District 9 park is contaminated and needs to be cleaned up before redesigned and re-imagined, with a splash pad.

Ramos sat down with SOURCE To talk about her vision and goals during the last week of July.

Ramos who lives on Beaver Park Road, within walking distance to Mary Dennison Park, wants a splash pad now on the South side of the city.

A mom to a 4-year-old, who will enter kindergarten this year at Brophy Elementary School, and a 2-year old, she said there are many in this neighborhood who have no place to go to cool off in this extreme heat.

“Families especially in the summer time, when it is very hot need a water component for the kiddos,”said Ramos, sitting at Mary Dennison Park.

“The nearest splash pad is in Marlborough. That is too far,” said Ramos.

Many in Ramos’ neighborhood do not own a vehicle and public transportation is not available at this time to the city’s beaches or to the Marlborough splash pad.

“I spoke to several people and this city needs something for those who can not afford to send their kids to camp or take a vacation can cool off with water. The kiddos deserve to have a safe place to play in water and stay cool,” said Ramos, who has visited the Marlborough splash pad with her 2 little ones.

“I am helping to organize a group called FramH20. The goal is to become a 50c13 organizations, so we can do research on different types of splash pads, to advocate to the City, and to apply for grants to fund the project,” said Ramos.

FramH20 “will be doing research on places a splash pad is needed in the City, and what should be installed at the splash pad,” said Ramos.

FramH20 is looking for volunteers to serve on the non-profit board.

“I want splash pads in the City accessible for all – even those without a car. I plan to start with the South side of the City,” said Ramos. “There are a lot of families without a car in this neighborhood. Most families don’t have the financial resources to pay for even one week of summer camp. Having a splash pad to take their kiddos to would be huge.”

Ramos, who is a care coordinator, said she know how important it is to advocate for those who don’t have a voice.

“I could not be silent. I advocate at work, so I want to advocate for my kiddos and others to have something to enjoy during the summer,” said Ramos.

Framingham is not without a splash pad in the City.

The Framingham Housing Authority has a splash pad at the Musterfields but it is just for their residents.

Ramos said she has not reached out to the Mayor yet.

She wanted to get support – thus the Facebook group.

She wants to do research and then she wants to start a petition and show government leaders that there is a need.

“I don’t want this to be a splash pad just for me and my family but for all. I want families to have input in the planning and design,” said Ramos, who moved to Framingham in 2018.

Ramos understands families having nothing. She came here from Puerto Rico after not one but two hurricanes – Irma & Maria – destroyed her home.

“We were anxious about the hurricanes as our house was made out of wood. Once the wind took the window, the whole house came crashing down,” said Ramos.

“We lost everything,” said Ramos. “I used the last $300 in our savings to buy plane tickets here.”

Ramos and her husband, and their one child arrived here with nothing.

She said the government in Puerto Rico was not helping people. There was no electricity and many parts of the island had no running water or drinking water.

“Government there was very corrupted,” she said.

My mom lives in the area and now it is our home too.

“My kiddos love the splash pad in Marlborough. I want something like that here for my kids and other kiddos in Framingham,” said Ramos. “We also love the Artesani splash pad & pool in Brighton.”

But it is not just about what we love, “I want lots of families to have a say in what they would like to see in a splash pad. Do they want an umbrella, where the water falls down? Do they want water the sprays?”

“I’m doing something. Nothing is happening here (Mary Dennison). I can’t wait another summer. We need to present something to the City and make our voices heard,” said Ramos. 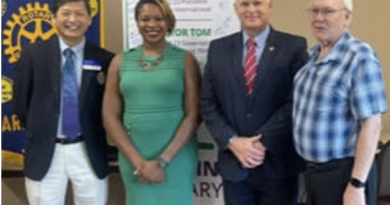 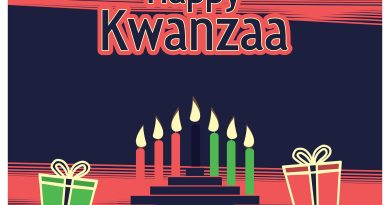 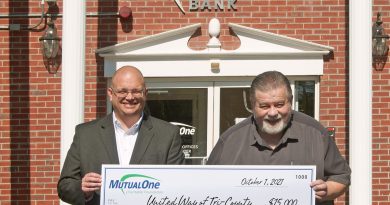