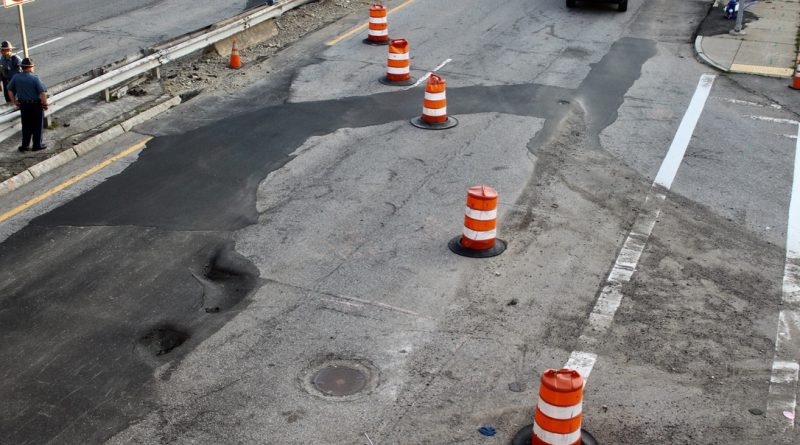 The eastbound side is expected to re-open before 10 p.m., said Framingham Police

FRAMINGHAM – Route 9 is closed in both directions at the intersection of Route 126 for emergency repairs tonight, July 4 around 6 p.m.

MassDOT was already working on repairs to the intersection, due to decades of flooding, but the heavy rains over the weekend caused an additional “hazard.”

The hazard is at least 4 sinkholes in the road, two eastbound and two westbound.

Motorists are being detoured off Route 9 at Connolly Auto onto Route 126 and then they can either go towards downtown Framingham or back on to Route 9 east. Motorists can NOT go over the Route 126 bridge

Westbound, motorists are diverted to go north towards the YMCA or they go back down Route 126 by the former Angry Ham’s. Motorists can not go over the Route 126 bridge. It is blocked off in either direction by a Framingham cruiser.

Mass State Police and Framingham Police are both on the scene.

Photos of the two “sinkhole” type holes in Route 9 are below. There are at least two eastbound and at least two westbound, from what SOURCE could see on the bridge.

MassDOT was already planning on conducting drainage work at Route 9 & 126 this week, in which a lane shift or one-way alternating traffic pattern was scheduled to be in effect.

Work at this “hazard at Route 9 and & Route 126 is expected to take all night and into Tuesday, July 5.

The MassDOT project began in October 2021 and is not expected to be completed until June 2023.

This is a developing report and SOURCE will update when we have more facts or a statement from MassDOT.

Updated with photo and description of the hazard at 8:08 p.m. 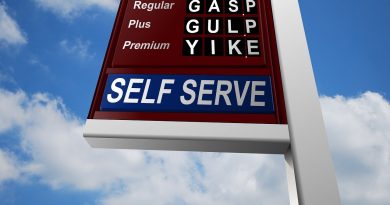