In full transparency, the following press release was submitted to SOURCE from the Senate President’s office.

BOSTON – The Massachusetts Senate on Thursday passed S.2801, An Act Relative to Equity in the Cannabis Industry. Through the creation of a new fund that aims to support equity in the cannabis industry and improvements to the local licensing process, the bill levels the industry playing field to help members of communities disproportionately harmed by marijuana prohibition and enforcement take part in the Commonwealth’s growing cannabis market.

“I’m proud that when the Senate and the Legislature legalized the commercial marijuana industry in 2017, we prioritized the creation of a first-in-the-nation equity program,” said Senate President Karen E. Spilka (D-Ashland). “Unfortunately, many barriers continue to prevent those historically harmed by marijuana prohibition from entering the industry. Today’s bill takes important steps to address these by providing resources to support social equity businesses and putting guardrails in place on the Host Community Agreement process. I thank Chair Rodrigues and Senator Chang-Diaz for their work to bring this legislation forward.”

“The legislation we passed today builds upon the goals that we have always had for the cannabis industry here in the Commonwealth – protecting consumers, supporting small business, and promoting social equity,” said Senator Michael J. Rodrigues, Chair of the Senate Committee on Ways and Means. “I want to thank Senate President Spilka for her leadership, along with Senator Chang-Diaz, Senator Cyr, Senator Jehlen and others for advocating to make sure Massachusetts remains a cannabis industry leader. Ultimately, this bill passed by the Senate promotes the continued growth of a competitive and equitable industry here in our state and I hope to see it advance to the Governor’s desk very soon.”

“Addressing racial justice in our state means getting real about closing our cavernous racial wealth divide,” said Senator Sonia Chang-Díaz (D-Boston). “With this bill, Massachusetts will reclaim our leadership role, carving a path to make equity a reality in the cannabis industry. Lowering entry costs and opening up new avenues to capital will put this multi-billion dollar industry within reach for many talented equity entrepreneurs.”

“When we passed recreational cannabis legislation five years ago, we sought to ensure the Commonwealth’s budding cannabis industry would be equitable, diverse, and have ample avenues of entry for small-scale and Black and Brown-led entrepreneurship,” said Assistant Majority Whip Julian Cyr (D-Truro). “Regrettably, the Legislature’s intention to build an industry rooted in social justice has not yet been fully realized. Today we are living up to that promise by establishing guardrails on host-community agreements, allowing communities interested in pursuing social consumption sites to do so, and empowering a strong, vibrant, local cannabis industry with a robust cannabis equity fund.”

“Limiting the cost of operation is part of promoting social equity and repairing harm to communities harmed by War On Drugs, by lowering one of many barriers to entry with the host community agreement reform in this bill,” said Senator Patricia Jehlen (D-Somerville). “I hope this new bill is even clearer in stating the intent of the law and the ability of the CCC to achieve the goals of promoting social equity. High costs of cannabis have helped preserve the illicit market for cannabis and this bill will take significant steps to expand business opportunities and lower costs across the commonwealth.”

The bill builds upon existing Massachusetts law, which legalized adult-use cannabis and made a first-in-the-nation commitment to equity in the cannabis industry. A combination of high entry costs and lack of access to capital have kept many would-be entrepreneurs from taking part, resulting in fewer than seven percent of cannabis licenses in Massachusetts going to social equity businesses.

Opening an average cannabis retail shop can require $1 to $1.5 million in liquidity, and the numbers are even higher for manufacturing facilities –at around $3-$5 million. Since federal cannabis laws prevent these businesses from accessing traditional bank loans, lack of capital can pose an insurmountable barrier, leaving many entrepreneurs vulnerable to predatory financial deals and damaging equity partnerships. The social equity fund, created by the legislation, would facilitate new access to capital by making grants and loans, including forgivable and no-interest loans, to equity applicants. The fund has the support of the Cannabis Control Commission (CCC), whose commissioners voted unanimously to endorse the idea earlier this legislative session. The fund will receive ten percent of annual revenue collected from the marijuana excise tax (an estimated $18 million for FY2023). Massachusetts is poised to join a handful of other states in pioneering this program.

The bill also responds to concerns about the process of negotiating Host Community Agreements (HCAs), which have been identified as a key factor in keeping industry entry costs high. The bill re-affirms that fees in HCAs cannot exceed three percent of a cannabis business’ annual gross sales and must be reasonably related to the costs associated with hosting a cannabis business in a city or town.

Other components of the bill include:

The bill now moves to the Massachusetts House of Representatives for further consideration. 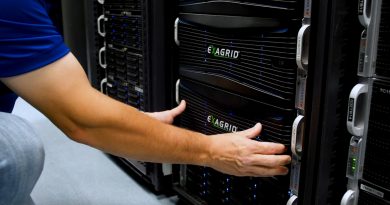 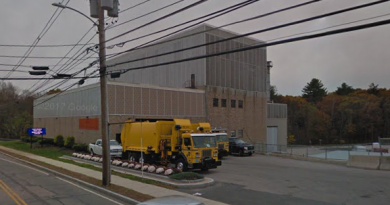